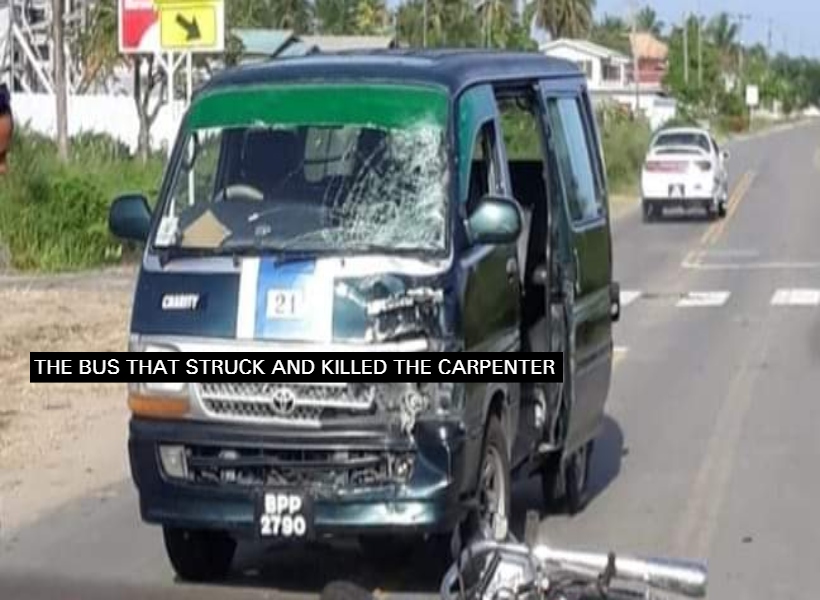 A 55-year-old motorcyclist was killed in an accident this morning when a minibus slammed into him on the Sommerset Public Road, Essequibo.

The accident happened around 07:30 hrs.

The deceased has been identified as Briganand Rupe, a carpenter of Essequibo Coast.

He died at the Suddie Public Hospital after sustaining multiple injuries.

According to information received, the deceased was heading home after visiting his new born grandchild at the aforementioned hospital when he was struck down.

It is unclear how the accident happened. The minibus driver is in police custody