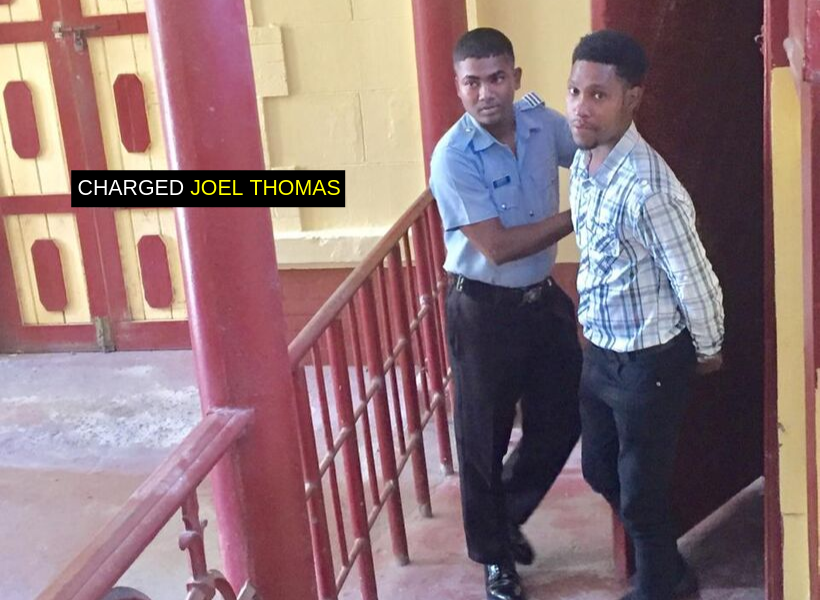 Two months after a motorcyclist lost his life in an accident, a Kitty man was this morning charged with causing death by dangerous driving.

Twenty-nine-year-old Joel Thomas of 205 Thomas Street, Kitty, was not required to plead to the indictable charge which stated that on July 8, 2019, at Vlissengen Road, Georgetown, he drove motor car PTT 2510 in a manner dangerous to the public thereby causing the death of Stephon Beckles.

He was represented by attorney-at-law Siand Dhurjon who asked that his client gets released on reasonable bail.

According to information, on the day in question, Beckles, 22, lost his life after motorcycle CH 9859, which he was riding, collided head-on with Thomas’ motor car.

It was reported that the motorcycle ended up in the path of Thomas’ motorcar, causing the head-on collision.

Following the collision, both Beckles and his friend Kevin Andy, who was the pillion rider, fell off the motorcycle and received severe injuries to their heads and other parts of their bodies.

They were both picked up and rushed to the Georgetown Public Hospital where Beckles was pronounced dead on arrival.

Police Prosecutor Adduni Inniss made no objections to bail being granted to Thomas but asked that conditions be attached.

Hence, Magistrate Isaacs released him on $300,000 bail. Condition of the bail is that he report every Friday until the hearing and determination of the trial.

He is expected to make his next court appearance on October 1 for statements.

Last July, Thomas was charged with driving under the influence of alcohol and driving without a tint permit when he appeared before City Magistrate Clive Nurse.

The first charge stated that on July 8, 2019, at Vlissengen Road, he drove motor vehicle PTT 2510 with the glass tinted beyond the legally prescribed Visible Light Transmission (VLT) percentage. He pleaded guilty to this charge.

It was further alleged that on the same day, and the same location, he drove motorcar PTT 2510 while his breath alcohol level was above the legal limit. He pleaded not guilty to this second charge.

Magistrate Bess fined Thomas $7,500 for driving without a tint permit while he was released on $10,000 bail for the charge of driving under the influence of alcohol.