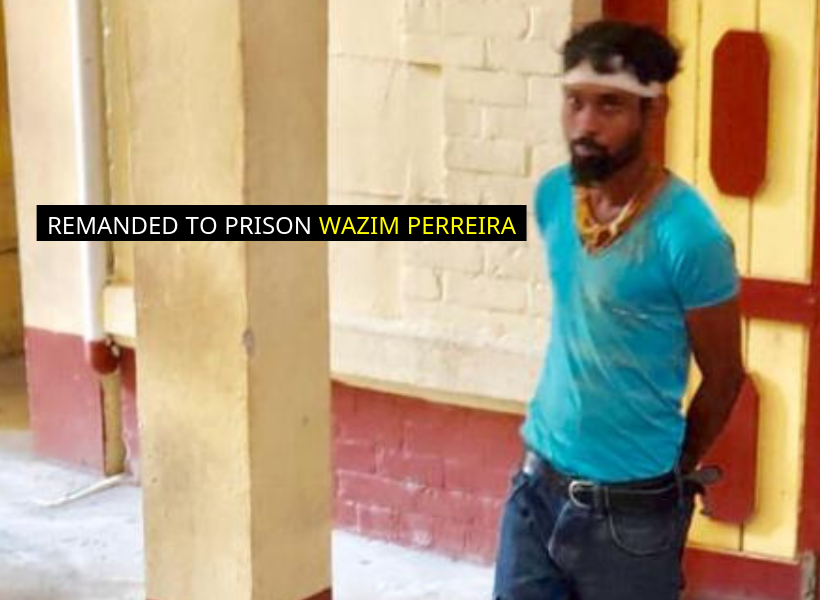 Two weeks after a Sophia man was charged for allegedly setting his girlfriend afire, he was today further remanded to prison.

When the matter was initially placed before the court, 25-year-old Wazim  Perreira of Sophia, Greater Georgetown, was not required to plead to the indictable charge,  which stated that on September 9, 2019, at Sophia, with intent to commit murder, he unlawfully and maliciously wounded the woman.

According to information, around 13:00 hrs on the day in question, the defendant visited the woman and requested to talk to her. It was reported that the woman denied and Perreira went away.

However, he returned shortly after with a container containing gasoline which he threw on the woman and set her afire.

The victim’s screams brought the neighbours running to her rescue. They were able to apprehend the defendant who was trying to escape.

The matter was reported and following an investigation, Perreira was arrested and charged for the offence.

On the first occasion that the matter was called, the Prosecutor had objected to bail being granted to Perreira on the grounds of the serious nature of the allegation and the penalty the charge attracts.

When the matter was recalled today in the courtroom of Chief Magistrate Ann McLennan, police prosecutor Neville Jeffers informed the court that the woman is still hospitalized at the Georgetown Public Hospital Corporation (GPHC) in a serious condition.

She is being treated for second-degree burns to her face, chest, abdomen, and back.

Hence, the Chief Magistrate remanded Perreira to prison until October 8 while the court awaits the results of his psychiatric evaluation.