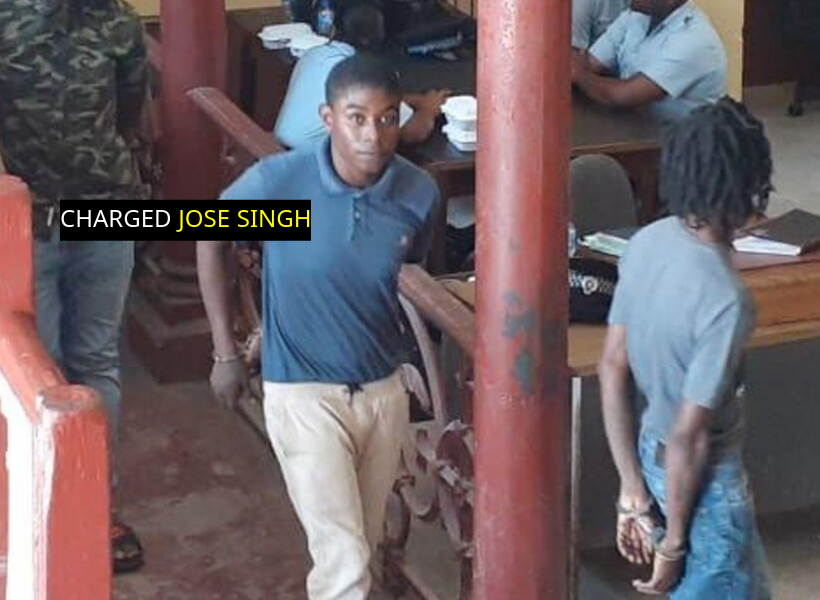 A businessman, accused of having a quantity of marijuana in his possession for the purpose of trafficking, was moments ago charged for the offence.

Singh, who is said to be the owner of a wash bay, appeared before Principal Magistrate Faith McGusty in the Georgetown Magistrate’s Courts.

He was represented by attorney-at-law Gordon Gilhuys who, in a successful bail application, told the court that the alleged drug was at his client’s wash bay in a hammock where several persons were.

The lawyer added that at the time of the search, his client, who is the sole breadwinner for his family, was nowhere close to the hammock.

However, facts presented by the court prosecutor stated that on September 27, ranks from the Linden Police Station carried out a raid in the area when they observed Singh acting in a suspicious manner.

The court heard that Singh, upon seeing the officers, dropped a bag he was carrying and attempted to run.

He was then apprehended, the bag was retrieved, and leaves, seeds, and stems suspected to be marijuana were unearthed by the ranks.

Hence, he was arrested and charged for the offence.

With no objections raised by the prosecutor, Singh was released on $60,000 bail.

He was instructed to make his next court appearance on October 16, at the Linden Magistrate’s Courts.