Home News No reports of outbreaks or casualties from flooding along Coast; emergency response... 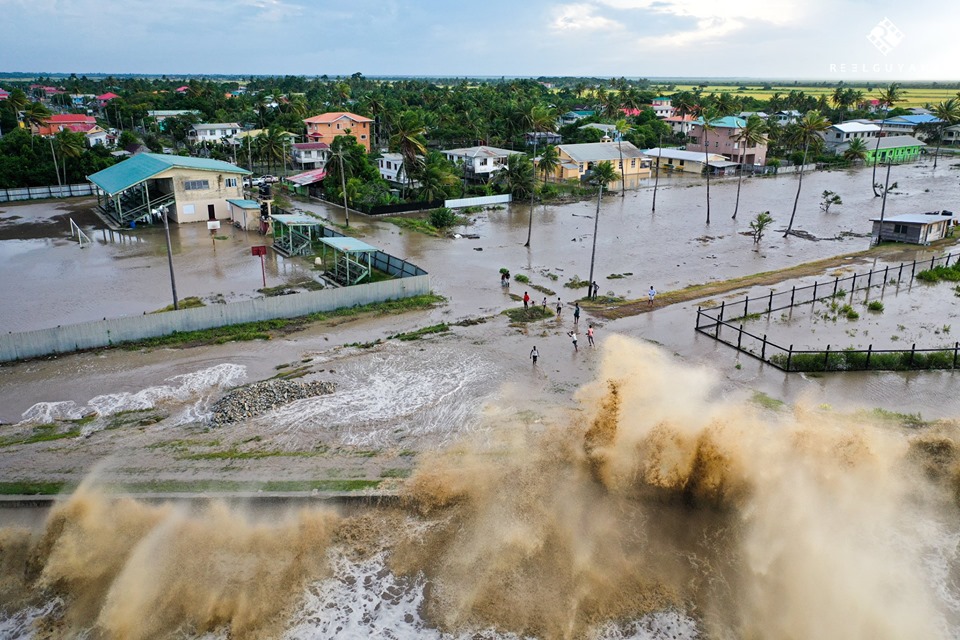 As the spring tide continues to take advantage of low-lying and coastal villages in five regions, the Government of Guyana (GoG) has activated the national emergency control system to monitor, assess and provide relief to persons affected by this phenomenon.

From all indications, Region Five suffered the most with at least three breaches along its sea defence.

Director-General of the Ministry of the Presidency, Joseph Harmon told Guyana Standard that so far, officials have not received any reports of casualties.

He noted also that government personnel are on the ground assisting persons affected.

Chief Medical Officer, Dr. Shamdeo Persaud, said that advisories have been issued to affected communities, and thus far, there are no reports of outbreaks. He added that medical officials are also on standby to assist should the need for medical intervention arise .

Director-General of the CDC, Lieutenant Colonel Kester Craig, told the Guyana Standard that the CDC is also on active 24-hour duty where CDC officials are monitoring social media, tuning into radio signals and keeping in contact with their colleagues on the ground. This, he said is to ensure that there are “eyes and ears” on the situation.

Officials have revealed that this month’s spring is the highest for the year, reaching a height or 3.3 metres. There are several overtopping along the coast with at least three breaches at Danzight, Fairfield and Prospect.