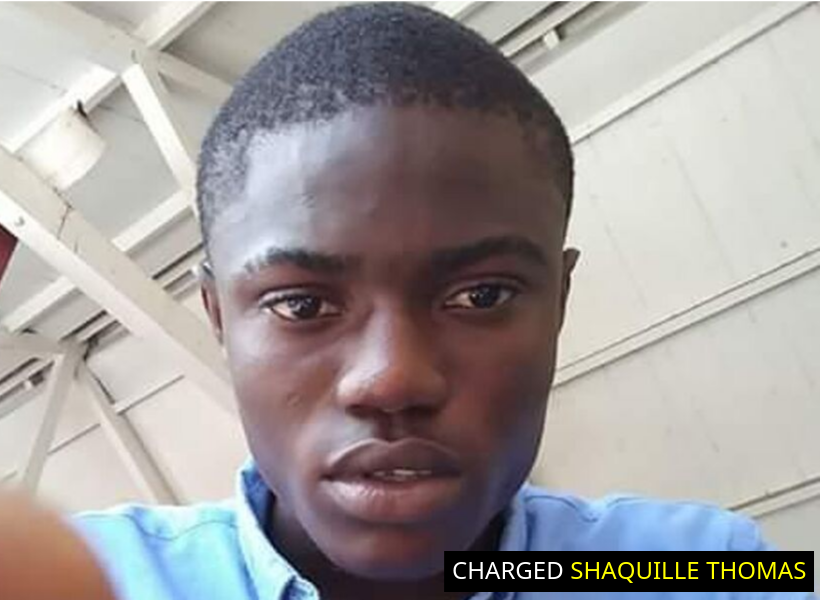 A 19-year-old wash bay attendant, who is accused of robbing two persons of their valuables, was today charged for the offence.

Shaquille Thomas, of 26 Peter’s Hall, East Bank Demerara, appeared before City Magistrate Clive Nurse in the Georgetown Magistrate’s Courts where he was slapped with two charges.

The first charge stated that on September 27, at Robb Street, Georgetown, while being in company of others, he robbed Alfredo Rodrigues of a phone valued $30,000.

It was further alleged that on the same day, and at the same location, he robbed Morissa Spencer of a gold chain valued $216,000.

Thomas denied both charges after they were read to him.

According to information, on the day in question, the victims were walking on Robb Street, Georgetown, when they were approached by the defendant and other individuals.

It was reported that the defendant told the victims to hand over their valuables and they did.

The matter was reported, an investigation was carried out, and Thomas was arrested and charged.

The court prosecutor did not object to bail being granted to the defendant but asked that conditions be attached.

The Magistrate, after listening to the facts, released Thomas on $75,000 bail. He was instructed to report to the City Constabulary every Monday and Friday until the hearing and determination of the trial.

He is expected to make his next court appearance on December 17.