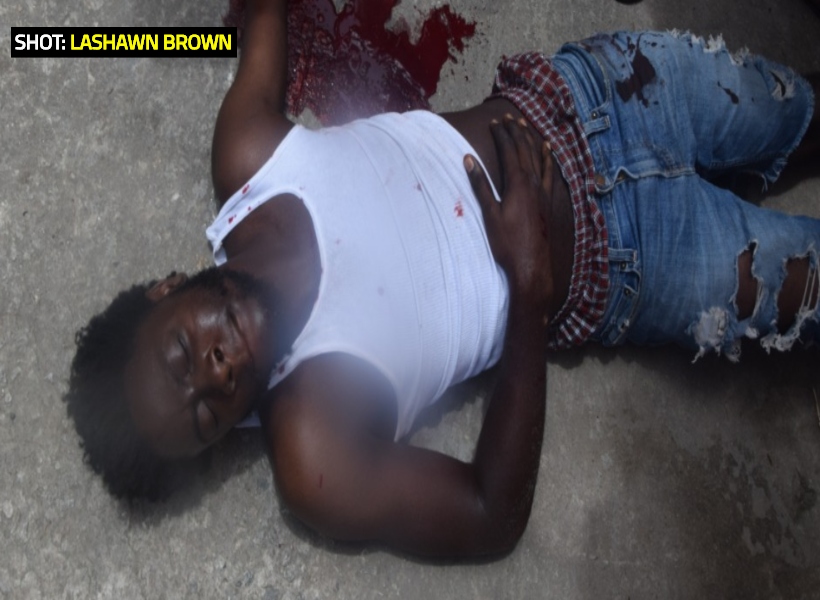 Facebook
Twitter
Google+
Pinterest
WhatsApp
An Albouystown resident received two gunshot wounds today during a shootout with another man at the La Penitence market, Georgetown, in the vicinity of Twins Pharmacy.
The shooting happened around 12:50 hrs today.
At the scene, the victim identified himself at Lashawn Brown. However, he told officials at the hospital, that his name is John Lewis.
According to information received, the victim and two other men exited a car that was parked in front of Twins Pharmacy and started shooting at a man, who was walking on the road.
Guyana Standard has been informed that the man ran for his life while the three shooters continued discharging rounds at him.
An eyewitness, who asked not to be named, said that when the man ran a distance from his shooters, he whipped out a gun and returned fire, injuring Brown.
He then escaped. “This man run for his life, he ran faster than Usain Bolt and his shooters were firing shots like mad people. They just didnt care who was around.”
The shooting had vendors running, leaving their products behind.
More information will be provided as it becomes available.