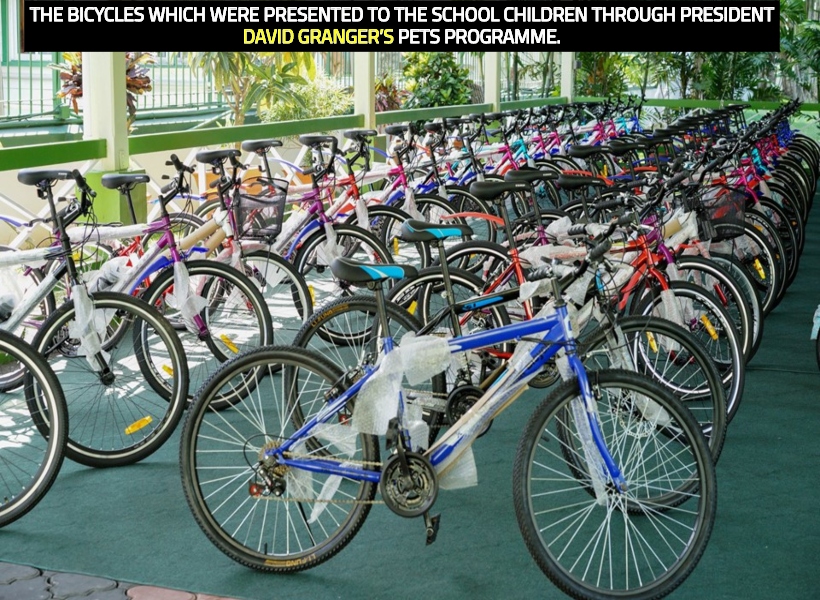 More than 4000 bicycles have been distributed across the country through President David Granger’s Public Education Transport Service (PETS), his ministry said

Some 29 buses and 14 boats are also up and running; taking children to and from school across the country free of charge.

According to the Ministry, the presentation was made at the Baridi Benab, State House Compound.

The Head of State told the recipients, who were all secondary school students, that his government wants to ensure that every child attends school.
The President referred to the three ‘A’s: Access, Attendance, and Attainment emphasising the importance of not only having access to schools but attending and being able to matriculate.

PETS was launched in 2015 to provide boats, bicycles, buses, breakfast, and books to schoolchildren across Guyana. The bicycles were donated by members of the business community.