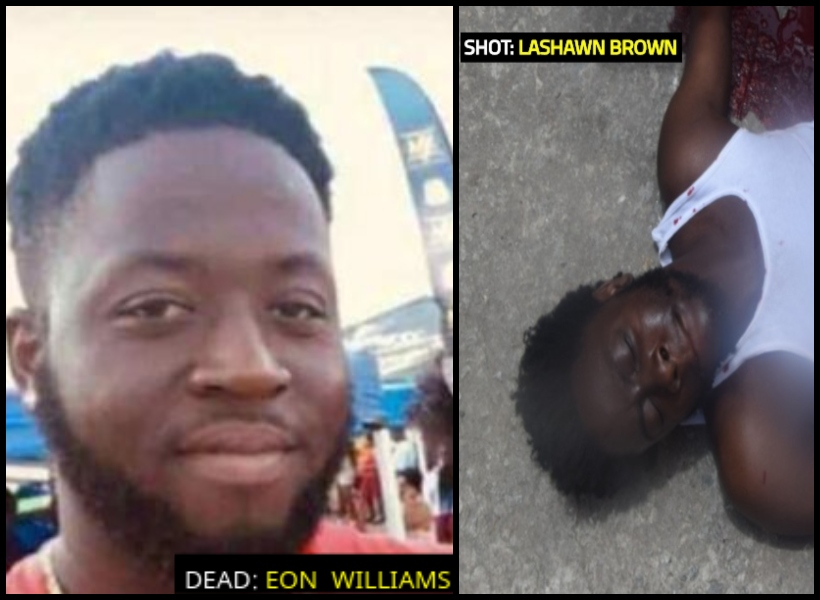 The man who shot and injured one of three attackers, who turned up at the East La Penitence, Georgetown Market yesterday to execute him, has been identified as ex-cop Teon Allen called “Spoil Child.”

This has been confirmed by police sources, who alleged that Allen left Linden after his cousin, Eon Williams, 24, was executed two Saturdays ago. The prime suspect in Williams’ murder is said to be the leader of a gang that is based in Cayenne.

Members of the Cayenne gang are Guyanese who have been reportedly committing illegal activities in both Guyana and Cayenne.

Based on information received, Allen and members from the Cayenne gang are at odds since surveillance footage showed the ex-cop shooting at two women, including Denise Grant—the mother of the Cayenne gang leader early last month.

Williams’ murder was said to be in retaliation to Grant’s shooting. The car that was ditched by his shooters is registered to the Cayenne gang leader. His mother has since claimed that she had rented the car to someone she barely knows.

The Guyana Standard has been informed that Allen has been hiding out in Georgetown since his cousin’s execution. Around 12:50 hrs yesterday, he was walking in the vicinity of the Twins Pharmacy when three men came out of a parked car and opened fire on him.

Allen allegedly ran for his life and when he reached a distance, he turned around and returned fire—injuring one of the three suspects. The injured man has since identified himself as both Lashawn Brown and John Lewis.

He was shot once to the abdomen and to the left arm. His accomplices ran away and left him bleeding at the scene. An ambulance took him to the Georgetown Public Hospital Corporation where he is under guard.