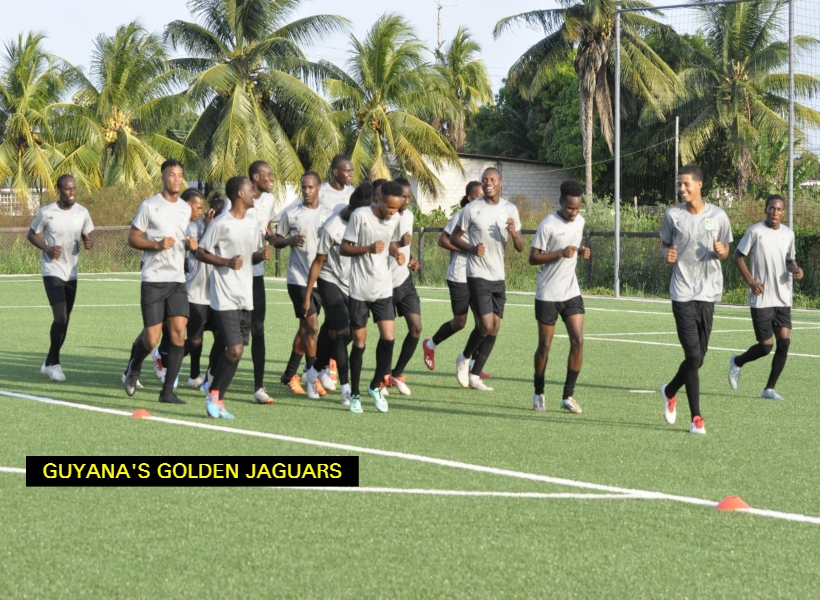 With two key encounters in the space of four days in the CONCACAF Nations League, Head Coach of the Golden Jaguars, Márcio Máximo, has released the names of players making up his 22-man squad that takes on Antigua and Barbuda on Friday (October 11) at the Sir Vivian Richards Stadium. Just three days later, on Monday (October 14), the Golden Jaguars will host its rivals here at the National Track & Field Center (NTFC) at Leonora, West Coast Demerara.

Fielding a balance of local and overseas-based players, the Golden Jaguars will set its sights on back to back wins in order to cement their second-place position in Group C of League B.

Currently, on three points, the Guyana team is just ahead of Antigua and Barbuda (also on 3 points) courtesy of a superior goal difference.

The locally-based players have been going through their paces with Head of Sports Science Wilson Toledo and Head Coach Máximo ever since Guyana’s 0-4 loss to Jamaica, this is in order for them to be fit and ready to claim full points in both matches.

The players and staff will be decked out in the new official uniform, apparel and equipment provided through the recently signed deal with Capelli Sports.
Having already arrived in the Land of the ‘Benna Boys’ on Tuesday, Máximo revealed that they already had a session on Tuesday afternoon and are prepared for a physical encounter against the host.

Guyana will face the home team from 17:00hrs on Friday at the Sir Vivian Richards Stadium and return to these shores on Saturday ahead of next Monday’s return match against the Antiguans at the NTFC, Leonora from 20:00hrs.