Home News Guyana to get $1B from UN via project to end violence against... 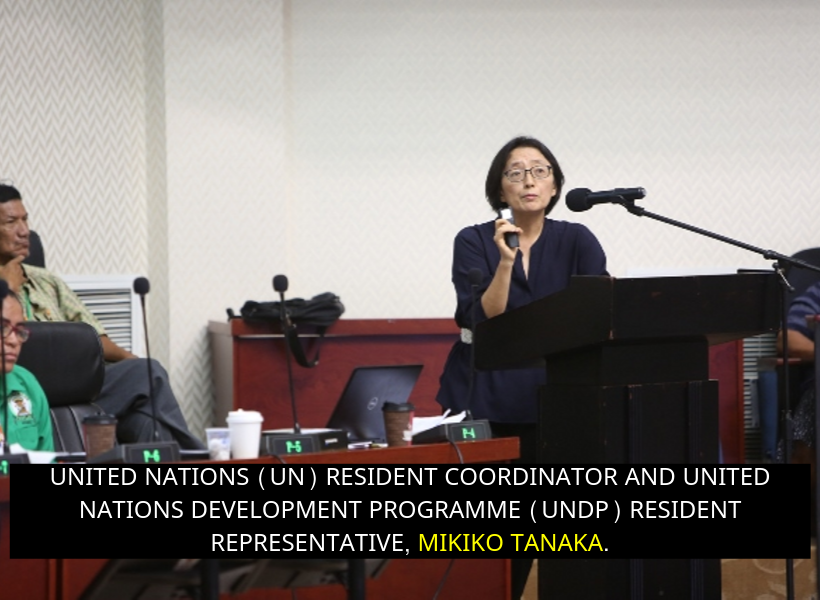 Under the United Nation (UN)’s “Spotlight Initiative”, Guyana will benefit from $1Billion (€4.5M) that is earmarked for projects geared at ending all forms of violence against women and girls, and to ensure that they realise their full potential in a violence-free, gender-responsive and inclusive way.

The programme will be implemented over the next three years and several communities will be targeted in Regions 4 and 5 (Coastland) and Regions 1 and 7 (Hinterland). Consultations were held with government agencies, the NTC and Non-governmental Organisations (NGOs) on the selection of the regions.

Tanaka explained that the initiative is a global one that was launched in September 2017 with a European Union contribution of €500M. It galvanizes political commitment to achieving the Sustainable Development Goals (SDG) and promotes a holistic and multi-stakeholder approach to gender-based violence. The UN is also striving to model a new kind of partnership with governments, civil society and communities and across the UN system to deliver on the SDGs comprehensively.

The Spotlight Initiative deployed targeted, large-scale investments in Asia, Africa, Latin America, the Pacific, and the Caribbean, aimed at achieving significant improvements in the lives of women and girls. Guyana is one of the countries in the Caribbean to benefit from this transformative initiative.