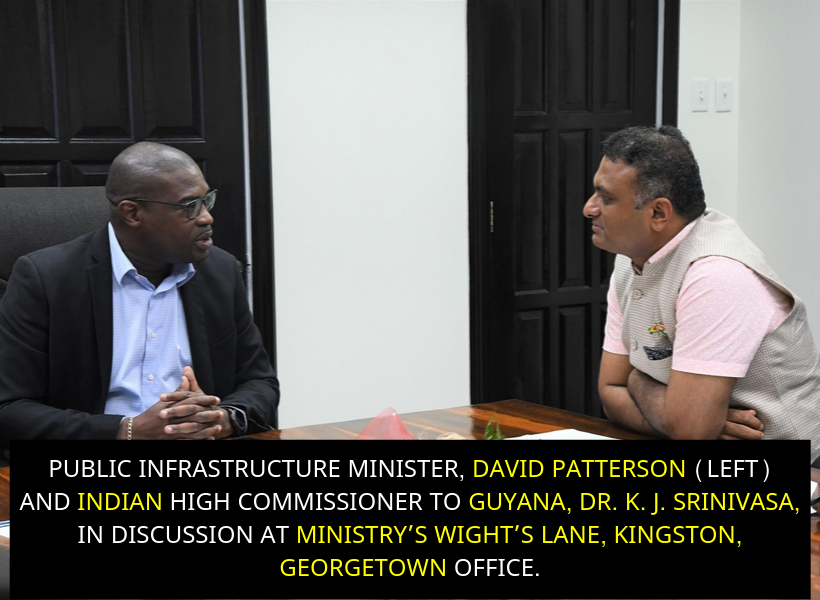 His commitment to assist Guyana in this regard, was made during a visit yesterday to the Ministry of Public Infrastructure, where he met with the Minister, David Patterson.

During that engagement, the High Commissioner reiterated India’s support to Guyana as he committed to offering scholarships to persons interested in studying in India, and highlighted a few other areas in which his government will hope to participate in through funding.

Dr. Srinivasa’s commitment comes at a time when the government is looking at ways to mitigate flooding along coastal Guyana, after devastating high tides wreaked havoc on low-lying areas causing distress to an approximate 400 households last week.

The ministry’s Chief Sea and River Defence Officer, Kevin Samad, is on record saying that limited funding is a major hurdle to the implementation of the envisaged projects to mitigate flooding.

In terms of other infrastructural endeavours, the India government, through the Export-Import Bank, has already inked an agreement with Guyana, where the former will provide a loan of US$50M for the construction of a 20km bypass road from Ogle, on the East Coast Demerara to Great Diamond, on the East Bank Demerara.