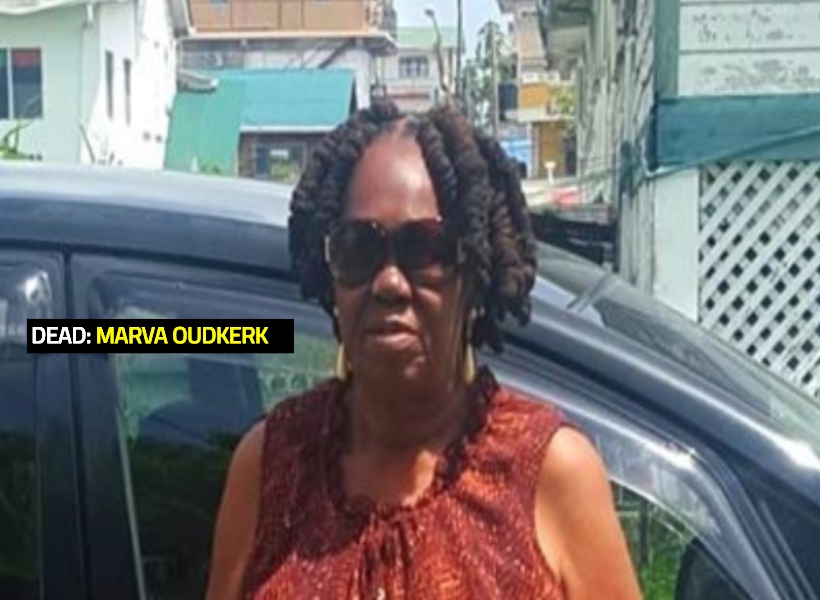 Makaila Oudkerk, the daughter of the 67-year-old woman who was found strangled inside a Bourda Street, Georgetown house, is calling on the Guyana Police Force (GPF) to find her mother’s killer or killers.

It was Oudkerk who found her mother, Marva’s body with a mosquito net wrapped tightly around her neck on Thursday night at the Lot 241 Bourda Street home where she worked as a caretaker.

“This is very, very hard on me. I don’t know how I can cope with this. I need justice for my mother,” the woman cried while pleading with the investigating ranks to do all they can to find the men who killed her mother.

Investigators suspected that the elderly woman was murdered during a home invasion since her killer(s) carted off with valuables from the house and the elderly woman’s money. The house was ransacked.

The men gained entry into the house by removing the flooring board from the upper flat of the house.

Makaila Oudkerk said that she called her mother a few times on Thursday and when the calls went unanswered, she was forced to call her mother’s boss and asked that they check up on her.

“When we get in, we called for her but she did not answer so we went straight to the bedroom and see her lying on the bed with the mosquito net around her neck,” the woman cried.

The deceased was found around 18:30 hrs yesterday. This morning, ranks searched the area for surveillance cameras but were unable to find any.

No arrest has been made as yet.