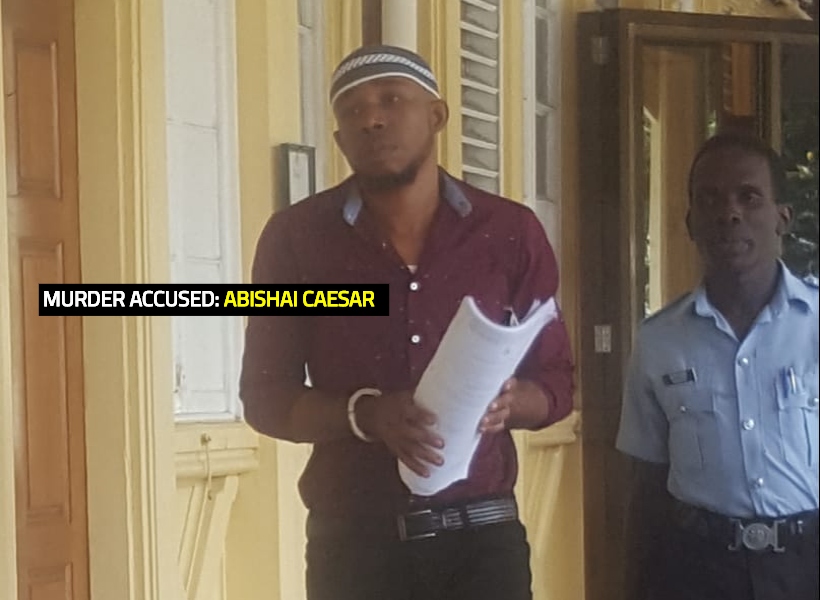 The trial of Abishai Caesar who is accused of the September 21, 2012 murders of Anna Catherina, West Coast Demerara businesswoman, Jennifer Persaud and her two young sons Afridi Bacchus, 6 and Jadon Ernest, 17 months, ended this evening with the jury being unable to arrive at a unanimous verdict.

After almost four hours of deliberations and further directions by trial judge Brassington Reynolds, at around 19:45hrs; the jury forewoman announced that the panel had been unable to reach a decision.

In the circumstances, Caesar, 34, formerly of Tuschen Housing Scheme, East Bank Essequibo, was further remanded to prison. The murder accused now awaits a retrial at the next practicable sitting of the Demerara assizes. According to reports, Caesar is alleged to have broken into Persaud’s home at Lot 67 Sea View, Anna Catherina, West Coast Demerara from where he escaped with cash after killing the businesswoman and her children.

He, however, was not arrested for the murders until April 2016, when his reputed wife, Zoey Phillips told police that it was him who had killed the family. Caesar was represented throughout the trial by lawyer Maxwell McKay, while attorney-at-law Lisa Cave appeared for the Prosecution. This trial was heard at the High Court in Georgetown.