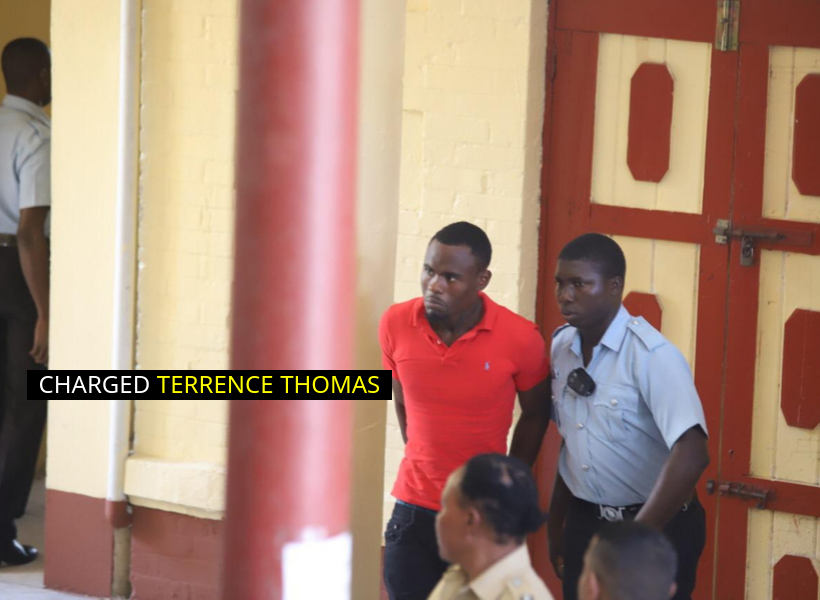 An irate man who took a brick and damaged all the window of his male lover’s car was today charged for the offence.

He pleaded guilty to the charge which stated that on October 8, 2019, at Vlissengen Road, Georgetown, he maliciously damaged six windows of a motor vehicle which were valued $180,000, the property of Quincy McEwan, his partner.

The victim, who was decked in a long dress, stood before the Magistrate and stated, “Please don’t send him to jail. Just give him community service so he can work and repay me for the damages. We have been together for two years.”

Facts presented by Police Prosecutor Christopher Morris stated that on the day in question, the men were in the vicinity of Survival Supermarket when they were involved in a heated argument.

The court heard Thomas became annoyed took away his spouse’s handbag with $70,000 cash.

He then armed himself with a brick which he used to damage all the windows of his spouse’s car.

The matter was reported and following an investigation, Thomas was arrested and charged for the offence.

The Magistrate, after listening to both sides, sentenced Thomas to six months of community service. He was also ordered to compensate the victim.

In June last, Thomas was charged for threatening a man who he said wanted a sexual relationship with him.

Thomas had pleaded guilty to the charge which stated that on June 1 at 138 Lamaha Street, Kitty he made use of threatening language towards 52-year-old Keith Mckenzie.

Thomas in his first court appearance stated, ”Since I reach home he asked me if I ain’t want deh with he. He told me he want to do all kind of sexual things to me so I cuss him up.”

According to information, the defendant and the virtual complainant reside at the same address but live in separate houses.

The court heard the men were on speaking terms until Thomas brought his girlfriend to live with him.

Shortly after, the woman and Mckenzie were involved in an argument and she damaged his property. She was later charged with the offence and sentenced to eight months’ imprisonment.

On the day in question, Thomas was at home when he was confronted by Mckenzie who proposed that they become engaged in a sexual relationship.