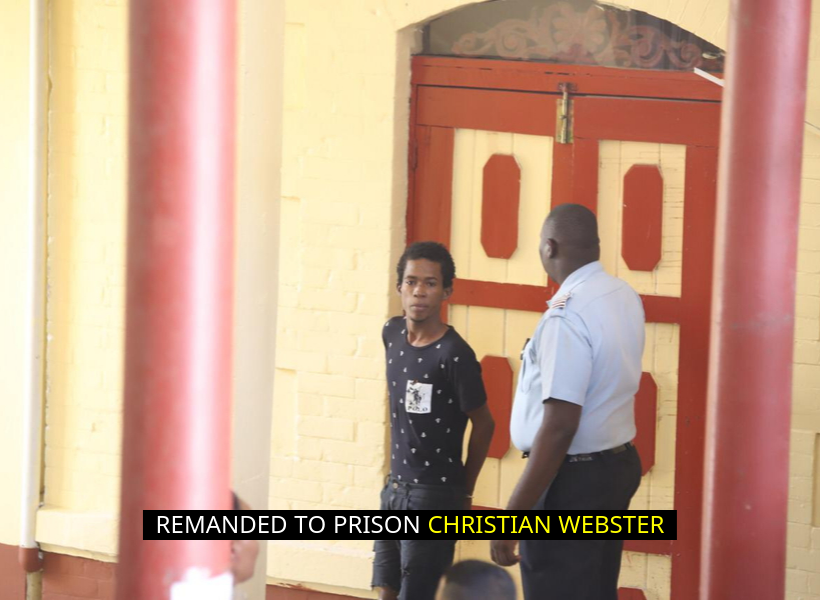 A man, who the court heard is being investigated for 10 break and enter charges, was today remanded to prison after being charged with three counts of break and enter and larceny.

The first charge stated that on September 10, 2019, at South Ruimveldt, Georgetown, he broke and entered the dwelling house of Jasmine Harris and stole a phone valued $114,000 and a gold and diamond ring valued $222,000, the property of Ryan Smith.

It was further alleged that on the same day, and at the same location, he broke and entered the said dwelling house and stole a laptop valued $354,000, the property of Guyana Telephone and Telegraph Company.

The last charge stated that on the same day and at the same location, he broke and entered the dwelling house of Jasmine Harris and stole four rings valued $442,000, the property of Harris.

An unrepresented Webster denied all the charges after they were read to him.

Facts presented by Police Prosecutor Sanj Singh stated that the victim secured her home and went to bed around 21:00 hrs.

However, at around 02:52hrs she was awakened by a loud noise, and upon checking, she observed the defendant standing in her bedroom, which she and her husband share.

An alarm was then raised and the defendant jump threw a window and made good his escape.

The couple then made checks around their home and discovered the articles mentioned in the charges missing.

The matter was then reported, an investigation was carried and the defendant was later arrested and charged for the offence.

The Prosecutor objected to bail being granted to the defendant on the grounds that he is being investigated for 10 similar offenses and murder.

The Magistrate, after listening to facts remanded Webster to prison. He was instructed to make his next court appearance on November 8.