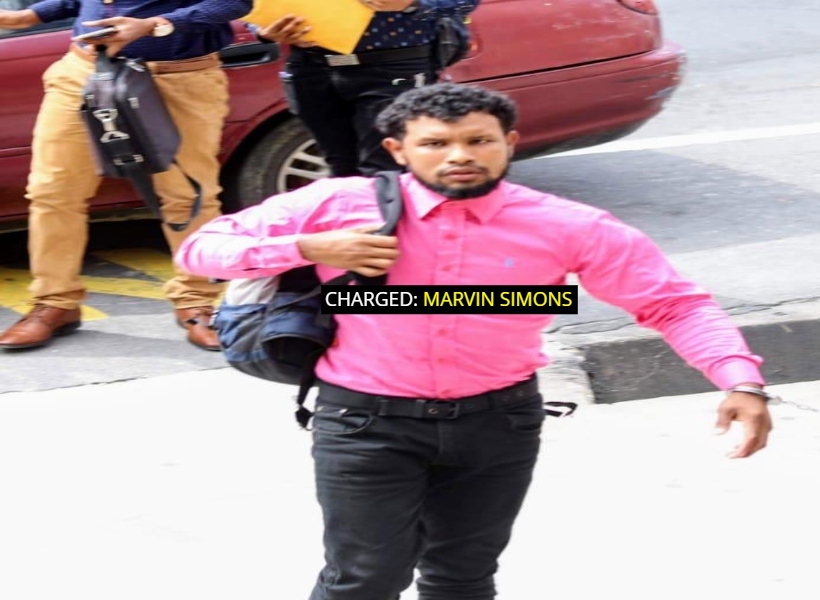 The son of Port Kaituma Toshao, who allegedly assaulted two police ranks, damaging their uniforms in the process, was moments ago slapped with nine charges.

The first three charges stated that on October 11, 2019, at Canal Bank, Port Kaituma, North West District, he unlawfully assaulted Keron Nauth and police constables Anthony Weekes and Stephon Nickles who were acting in the execution of their duties.

Simons was also slapped with five charges for unlawful damage to property.

It was further alleged that on the same day, he damaged one iPhone valued $200,000 and 16 glass windows valued $4,800, the property of his sister Oneesa Simons.

The last charge stated that on October 11, at Port Kaituma, North West District, Simons resisted arrest from police constable Weekes who was acting in the execution of his duties.

Simons pleaded not guilty to all the charges after they were read to him by the Magistrate.

According to information, on the day in question, the defendant’s sister reported to the police that he had smashed her phone and was at her home breaking her windows.

The police, on arrival, saw the defendant and tried to arrest him, but instead, he unleashed a  trashing on the ranks ripping their uniforms in the process.

The man was then arrested and taken to the station where he was charged for the offences.

Police Prosecutor Quinn Harris made no objections to bail being granted to the defendant but asked that conditions be attached.

The Magistrate, after listening to the facts, released Simons on $210,000 bail.

Condition of the bail is that he report every Friday to the Port Kaituma Police Station until the hearing and determination of the trial.

He was instructed to make his next court appearance on October 17, when he will go before Chief Magistrate Ann McLennan for reassignment.