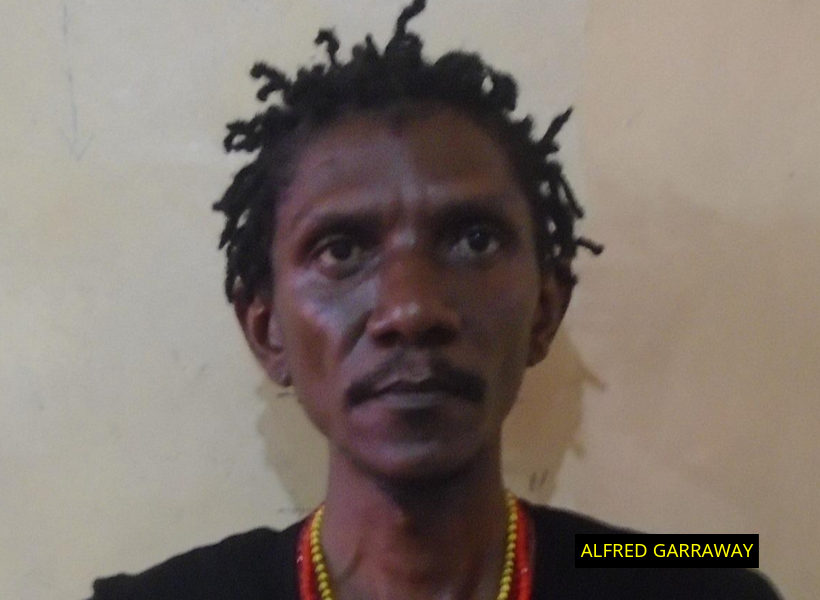 Wanted man, Alfie Garraway, this morning turned himself into the Criminal Investigation Department (CID) at Eve Leary, Georgetown. This was confirmed by his lawyer, Siand Dhurjon.

The Guyana Police Force (GPF) had issued a bulletin for Garraway, whom they say was wanted in connection with the illegal possession of firearm and ammunition on October 05, last at Norton Street, Lodge.

He is presently detained at the police’s headquarters.

Garraway is one of three men who are accused of throwing a grenade at the vehicle owned by Glenn Lall, owner of Kaieteur News on June 4, 2015, at Saffon Street, Charlestown, Georgetown.
In that matter, Chief Magistrate Ann McLennan ruled that a prima facie case has been established against the suspects. The three accused are to stand trial in the High Court.

Additionally, Garraway’s mother, Roseann of Lot 71 D’ Urban Street, Lodge was charged on October 09, last after being caught with 39 grams of cannabis. The police went to the woman’s home to look for the son when they discovered the illicit item.

According to information received, a parcel containing leaves, seeds, and stems were found locked in a room at the woman’s home. She admitted ownership of the drugs and alleged that she usually boils it and uses it as medicine.