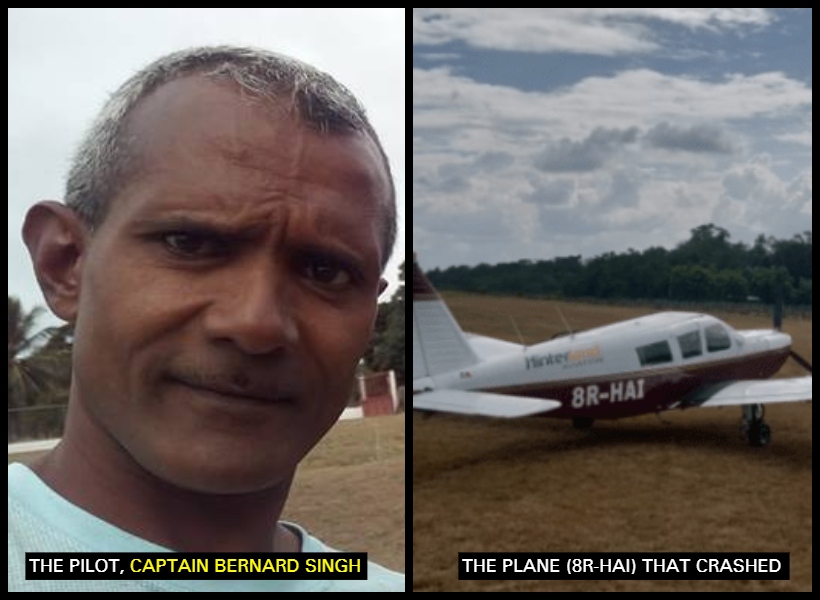 Head of the Guyana Civil Aviation Authority (GCAA), Egbert Field, has confirmed that the pilot, who crashed shortly after taking off from the Aricheng, Region Seven airstrip this morning, has been rescued.

Captain Bernard Singh was rescued this afternoon by the Guyana Defense Force (GDF)’s ranks who aided in the search and rescue operation.

He was taken back to the Aricheng airstrip for medical attention. His condition is not yet known.

The Piper PA 31 aircraft with registration 8R-HAI was on its way to Ekereku with fuel when it went down. It is owned by Domestic Airways.