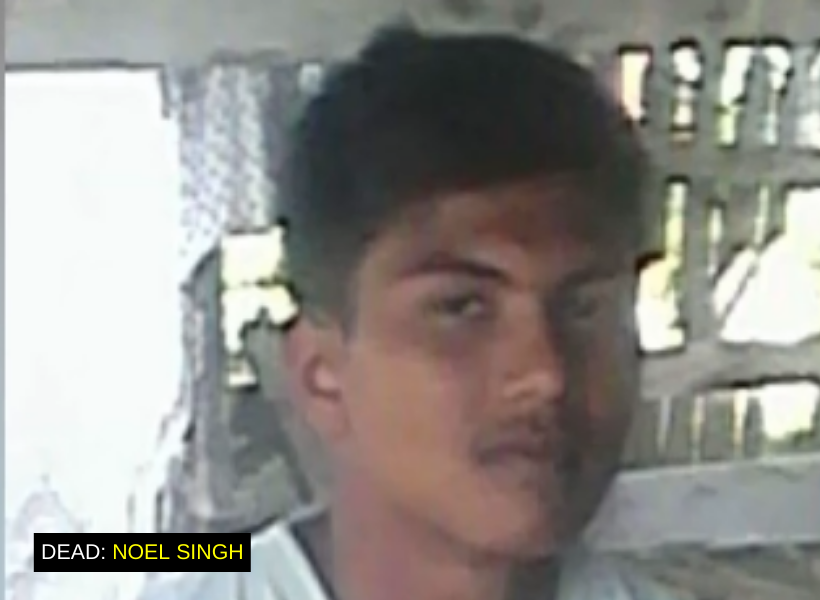 Police ranks have arrested a 20-year-old fisherman, who allegedly stabbed a teenager, Noel Singh, to death a short distance from his Meten-Meer-Zorg, West Coast Demerara (WCD) home on Sunday afternoon.

According to information received, the suspect and the victim were involved in a scuffle a few days before the fatal stabbing. It is unclear what caused the fight.

On the afternoon of the murder, the suspect confronted Singh and a scuffle again ensued. This resulted in the victim being stabbed in the region of the heart.

He was taken to the Leonora Cottage Hospital where he succumbed shortly after. The suspect escaped from the scene.

The deceased’s mother, Nesha Singh explained that the suspect and his friends are trouble makers in the village and would usually pelt at people’s homes for no reason. The woman does not know what transpired between her son and the suspect that could have cost him his life.

“He was a quiet person. He doesn’t trouble anyone so I don’t know why Braffy killed him. Noel is hardly at home. He spent most of his time at sea,” the woman cried.

Meanwhile, Singh’s father, Dennis, said that someone informed him that his son was involved in a fight through the street and when he rushed out, he saw the suspect and his son in a drain hitting each other. When the suspect saw him, he ran away.

The older Singh related that when he pulled his son from the drain, his chest was covered in blood. With the help of a neighbour, the teenager was rushed to the hospital where he succumbed.