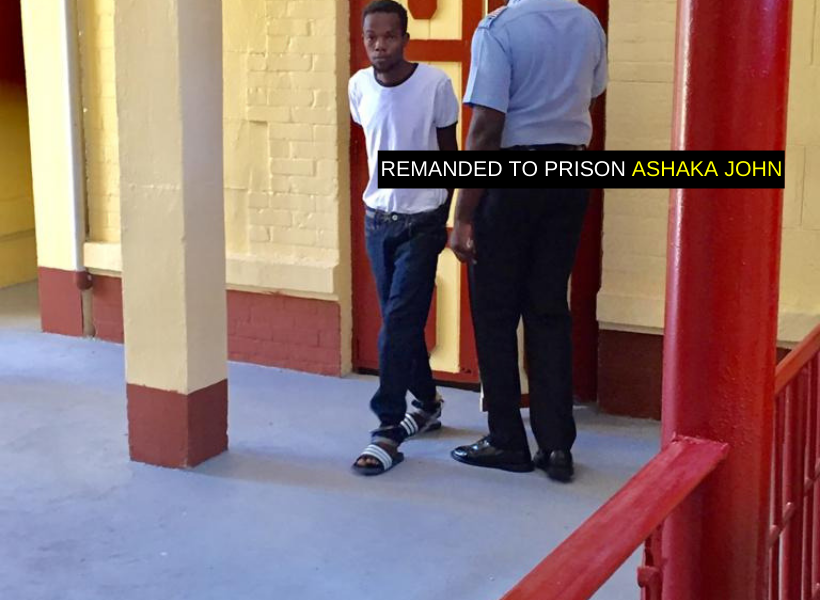 A man, who is said to be mentally ill, was moments ago charged with the murder of a man whom he allegedly strangled during a robbery on Church Street.

Ashaka John, 24 of ‘A’ Field Sophia, was not required to plead to the indictable charge which stated that on October 12, 2019, at Church Street, Queenstown, Georgetown, he murdered Jason Bowen.

The man’s lawyer, George Thomas, in addressing the court, stated that his client has a mental problem and has been seeing a doctor at the Georgetown Public Hospital Corporation (GPHC).

The lawyer added that while in custody, his client was taken to the hospital base on advice by the Director of Public Prosecution ( DPP ) and has to return on October 25.

According to information, Bowen was chased by the accused and he ran in front of the Office of the Leader of the Opposition on Church Street.

However, the accused then catch up to Bowen and dealt him several lashes about his body. He was then strangled with a belt belonging to the accused.

After committing the act, the accused attempted to escape, but he was apprehended by public-spirited citizens and handed over to the police, hence the present charge.

The Magistrate after listening to the facts remanded John to prison until November 7.