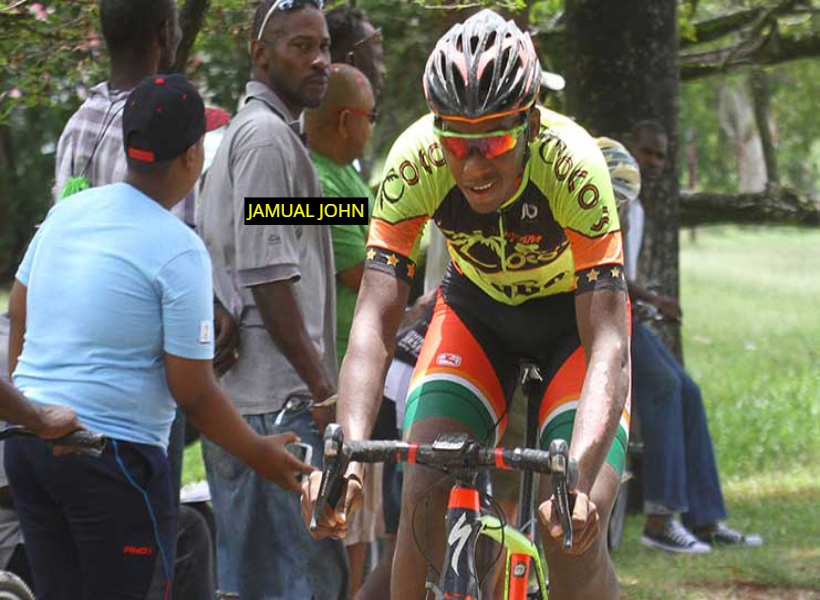 Having recently confirmed participation at the Caribbean Cycling Championships in Cuba from November 1-3, the Guyana Cycling Federation named a 7-member contingent which will be making the trip. The team consists of five cyclists; Jamual John, Michael Anthony, Curtis Dey, Paul DeNobrega and Christopher Griffith, along with two officials; Marc Sonaram (Team Manager) and Enzo Matthews (Coach).

However, following that disclosure, some sections of the cycling fraternity questioned the selection process and the make-up of the team, specifically, the absence of Guyana’s current top-ranked cyclist, Briton John.

In a bid to clear the air on the selection process, GCF President, Linden Dowridge and Racing Secretary, Malcolm Sonaram revealed that Briton John was the first cyclist to be selected along with Jamual John, Michael Anthony, Curtis Dey, and Paul DeNobrega.

Sonaram noted that a correspondence was sent out to the respective parent clubs of the cyclists via email on October 3, however, We Stand United, the club that Briton John belongs to, did not give a response confirming his participation and up to the deadline date for Guyana’s confirmation of participation at the Championships, the GCF was not in receipt of any correspondence from the club.

The GCF was then forced to select a replacement, which led to Christopher Griffith being listed; according to the ranking system of the federation (adopted from Guyana Cycling News’ points table) the next choice should have been Andre ‘Padlock’ Green, however, Green currently has two disciplinary matters which are pending, thus the inclusion of Griffith on the team.

Another young talent, Romello Crawford was not included in the team due to him being granted a release from the GCF to race with the PSL Club in Trinidad and Tobago from October 1 until the end of November.

Meanwhile, another hurdle in making up a full team to send to Cuba, was the lack of sponsorship for Jamual John, something which was remedied at the last minute after cycling enthusiasts had heard of his plight.

With respect to the funding of the trip, the GCF had to rely on sponsorship for the respective cyclists and officials, this is due to the current executives’ inability to access the GCF’s bank account, something that is currently being worked on.

Moving ahead, GCF President Linden Dowridge has stated that there will be clear criteria for the federation’s team selection process which will see cyclists being picked through the ranking system and according to the type of events. He also noted that for future trips, the GCF would try its best to help fund cyclists as the body is trying to move away from total dependence on sponsors.

As was quoted in a Guyana Chronicle article, during his first days of attaining the GCF presidency, Dowridge pointed out that cyclists and the cycling fraternity have nothing to fear as the GCF is not going to discriminate against any club or athlete.