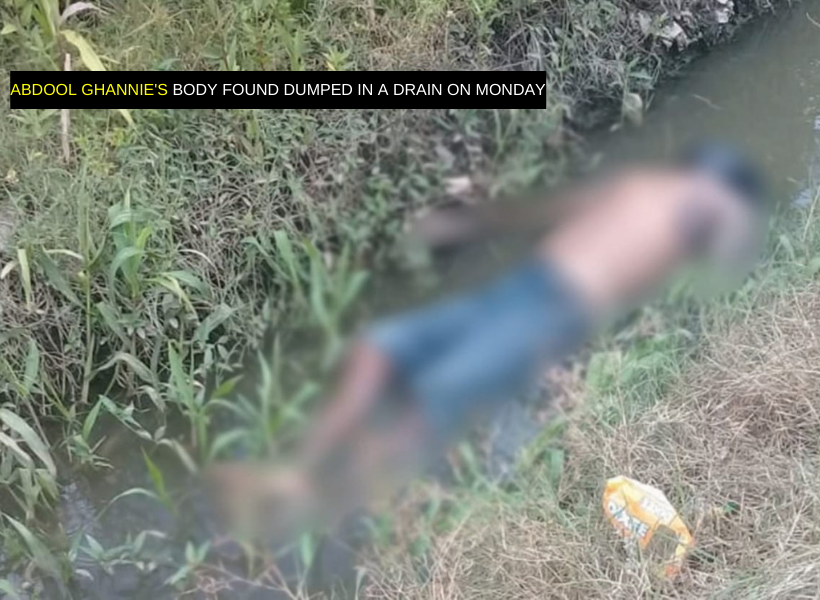 Police said that on Tuesday night a Patentia, West Bank Demerara (WBD) resident confessed to murdering his neighbour and dumping his body in a drain a day later.

He had a plastic bag tied over his face, which had been severely battered. A post mortem showed that Ghannie died from brain hemorrhage, blunt trauma to the head compounded by branco asperation of blood.

Guyana Standard has been informed that the suspect was picked up after it was reported that the victim was last seen imbibing at his home on Saturday.

During interrogation, the suspect claimed that, on the night in question, he and the deceased had a misunderstanding and he cuffed him to the face several times, causing him to loss consciousness.

When the victim failed to wake up the following morning, the suspect said he placed a plastic bag over his head because he did not want to look at the deceased’s battered face.

He then waited until it was dark to dump his body.

Based on reports received, the suspect lifted Ghannie’s remains and threw it in a drain not far from his home.

It was discovered the following morning by a passerby.