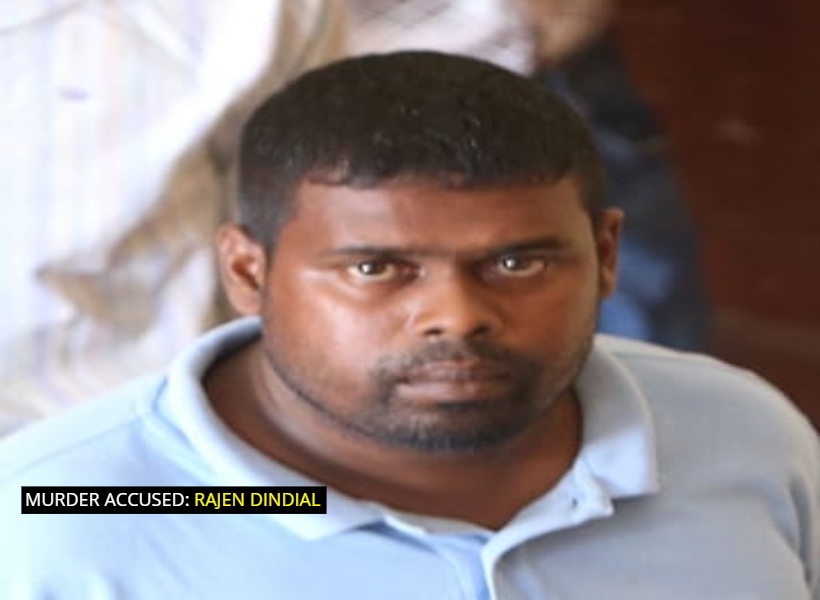 Kemis Harris this morning testified that he saw when murder accused Rajen Dindial beat Ashton Henry with a paddle outside a wedding house at Grove, East Bank Demerara.

Harris was called by State Prosecutors to testify in the trial of Dindial, also called ‘Eric’ who is accused of murdering Henry called ‘Boy’ on September 03, 2017.

According to reports, Dindial and Henry were at a wedding celebration at Grove Squatting Area, East Bank Demerara when an argument ensued between them after Henry pushed down a portable toilet and refused to pick it up.

The court heard that Dindial became annoyed, armed himself with a paddle and dealt the victim several lashes about his body.

Harris, in his testimony, told the court that on the day in question, around 19:00hrs, he was passing through the street where he saw a big gathering at a wedding house.

He said that as he was walking back through the street around 11:30hrs that same night when he saw Henry pushed down a portable toilet that was a few feet away from the wedding house at the fore corner of the street.

According to the witness, several persons rushed up to Henry and one of them, a man, whom he described as a stranger to the community and a friend of Dindial, lashed him to his face with a bottle that broke as a result.

In retaliation, he said Henry picked up and a case of empty beer bottles and threw it in the of the man’s face, but missed. The witness recounted that Dindial then armed himself with a paddle which he used to lash Henry to his neck.

The witness added, “When Boy [Henry] get that chop lash… Dindial kept on lashing Boy until he can’t move…on his face and on his chest.”

He recounted that Henry was lying on the ground when Dindial’s brother, ‘Doggy’ walked up to him and kicked him in his face.

Among other things, he said that about a week after Henry died he visited the police station to report what he saw on the night in question.

While there, he recalled seeing Dindial whom he pointed out to police as the ‘beat man’. Prosecutor Sarah Martin is appearing for the State, while lawyer Nigel Hughes is representing Dindial. This trial is continuing.