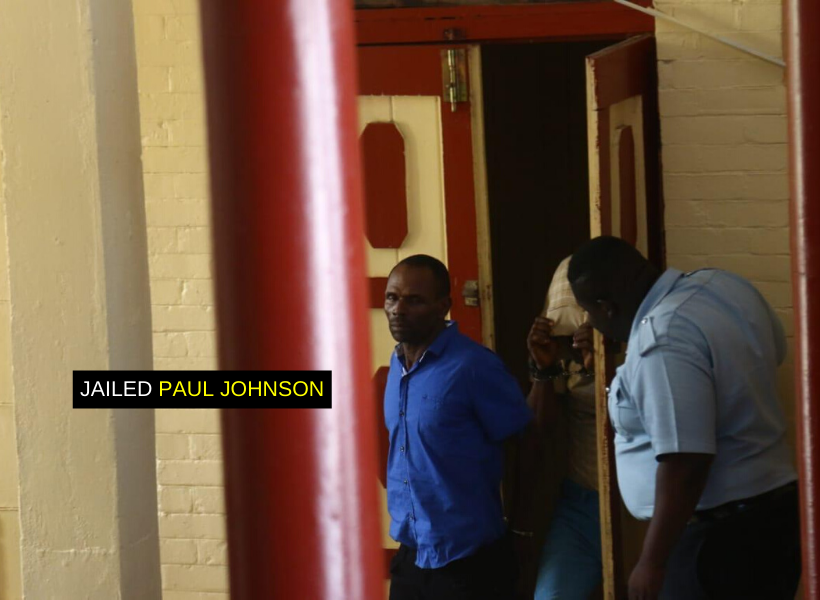 A man, who the court heard served 15 years imprisonment on a murder charge, was moments ago sentenced to three years after pleading guilty to a wounding charge.

Thirty-nine -year-old Paul Johnson pleaded guilty to the charge which stated that on September 20,2019 at Durban Backlands, Georgetown, he inflicted grievous bodily harm on Chandrika Vickram.
The unrepresented man appeared before Senior Magistrate Leron Daly in the Georgetown Magistrate’s Courts.
Police Prosecutor Sanj Singh told the court that the victim and Johnson are known to each other since they work together at a construction site in Durban Backlands.
The prosecutor stated that on the day in question, the men were at work when they had a misunderstanding after which Johnson went away.
He returned shorty after with a cutlass and dealt the victim several chops to his wrist and shoulder. He then made good his escape.
The injured man was picked up and rushed to the Georgetown Public Hospital Corporation (GPHC) where he was treated for his injuries.
The matter was then reported and following an investigation, Johnson was arrested and charged for the offence.
The court, in sentencing Johnson, took into consideration that he served 15 years for murder.
Magistrate Daly sentenced Johnson to three years behind bars.