Home News Elections GECOM making “bizarre” decisions despite headed by a former Judge with over... 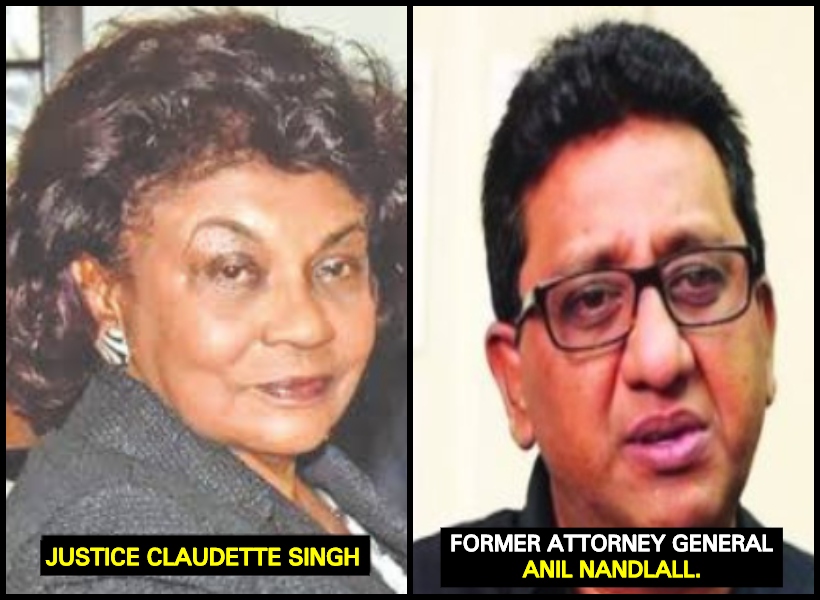 Opposition-aligned attorney-at-law, Anil Nandlall has raised concerns about recent decisions taken by the Guyana Elections Commission (GECOM) which, he claims, flies in the face of the Constitution. The fact that the elections body is headed by a former judge with over 25 years of judicial experience, makes it “more bewildering”, he said.

Nandlall in his weekly missive, “Unruly Horse”, made reference to the most recent development at GECOM, where a commissioner announced that persons who fail to uplift their Identification (ID) Cards from 2008 run the risk of not being included on the Official List of Electors for the March 2, 2020, National and Regional Elections.

Nandlall is taking umbrage to this utterance, claiming that there is no nexus between possession of ID cards and voting. He said that the Constitution is clear on this matter and GECOM should have known given that the entity is being headed by Justice Singh, a well-experienced lawwoman.

“Every week that passes, sees the Guyana Elections Commission (GECOM) dropping a new bombshell on the country. That these ‘decisions’ are made at meetings presided over by a former Judge with over 25 years standing in both the High Court and the Guyana Court of Appeal, and who rendered an erudite written Judgment in perhaps the only Election Petition that concluded after a trial in Guyana, makes it even more bewildering,” Nandlall stated.

He argued that the implementation of that decision will cause widespread disenfranchisement, and is likely to result in the impending elections being declared null and void and wholly set aside by an Elections Court, moved by an Election Petition.

The former Attorney General went on to cite Articles 59 and 159 of the Constitution which set out the qualifications and disqualifications of electors. The relevant sections of these Articles provide as follows:

Art. 59 Subject to the provisions of article 159, every person may vote at an election if he or she is of the age eighteen years or upwards and is either a citizen of Guyana or a Commonwealth citizen domiciled and resident in Guyana.

Art. 159 (1) No person shall vote at an election unless he or she is registered as an elector.

(2) …a person shall be qualified to be registered as an elector for elections if, and shall not be so qualified unless, on the qualifying date, he or she is of the age of eighteen years or upwards and either –

(a) is a citizen of Guyana; or
(b) is a Commonwealth citizen who is not a citizen of Guyana and who is domiciled and resident in Guyana and has been so resident for a period of one year immediately preceding the qualifying date; and
(c) satisfies such other qualifications as may be prescribed by or under any law.

Leader of the Opposition, Bharrat Jagdeo, had also raise similar concerns earlier this week. He argued that the government-aligned commissioners at GECOM are “laying the groundwork” for a legal battle after the elections next year.