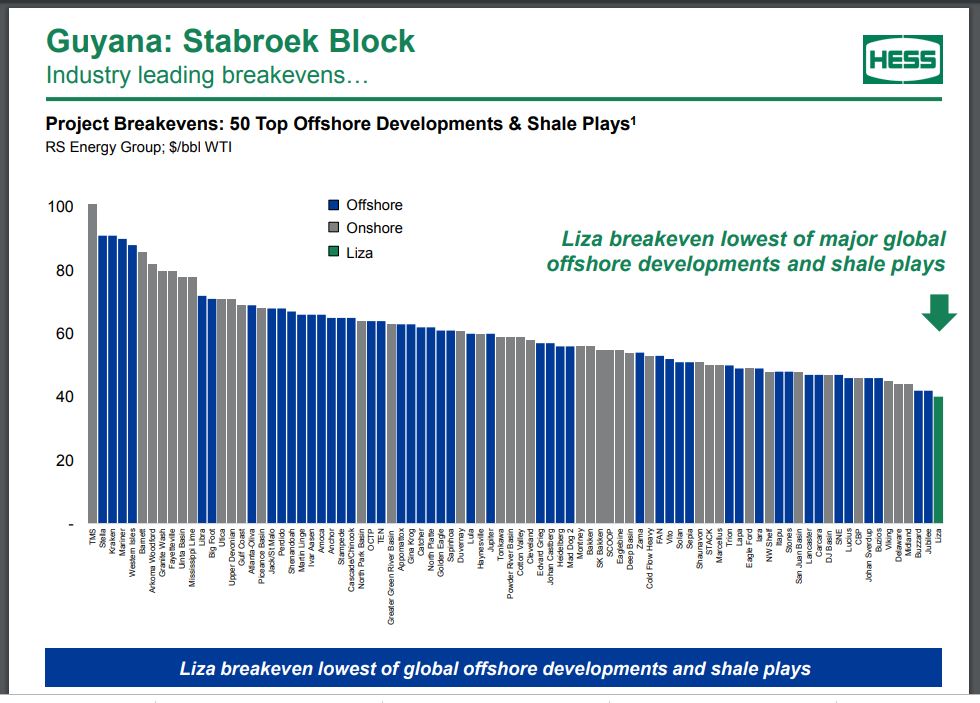 During its third-quarter earnings call, Hess Corporation Executives bragged about the company becoming a free cash flow engine for shareholders by 2022 thanks to its 30 percent stake in Guyana’s Stabroek Block.

The company’s Chief Executive Officer (CEO), John Hess was keen to note that Guyana is poised to produce oil by December, starting off with the Liza Phase One project. He noted that the Liza field offers high financial returns and more rapid cash paybacks since it carries the lowest development costs of all the major global offshore projects.

Hess said, “In 2022 and beyond, obviously, we will be a significant free cash flow generator. We see that free cash flow compounding over time and the first call will be continuing to invest in our high-return projects…Once we start to generate free cash flow on a recurring basis, our top priority will be starting to return capital to our shareholders on a consistent basis and the first priority there will be increasing the dividend.”

In the meantime, the CEO said that the company will continue to focus on rapidly developing its exploration and appraisal programme. At the top of the list, he said is getting an understanding of the Tripletail discovery, the fourteenth to be made on the Stabroek Block.

The Guyana Standard understands that Hess along with its partners on the Stabroek Block, ExxonMobil (operator), and CNOOC/NEXEN, are expecting a fourth drillship, the Noble Don Taylor, in November. It will drill the Mako-1 exploration well located approximately six miles south of the Liza-1 well.