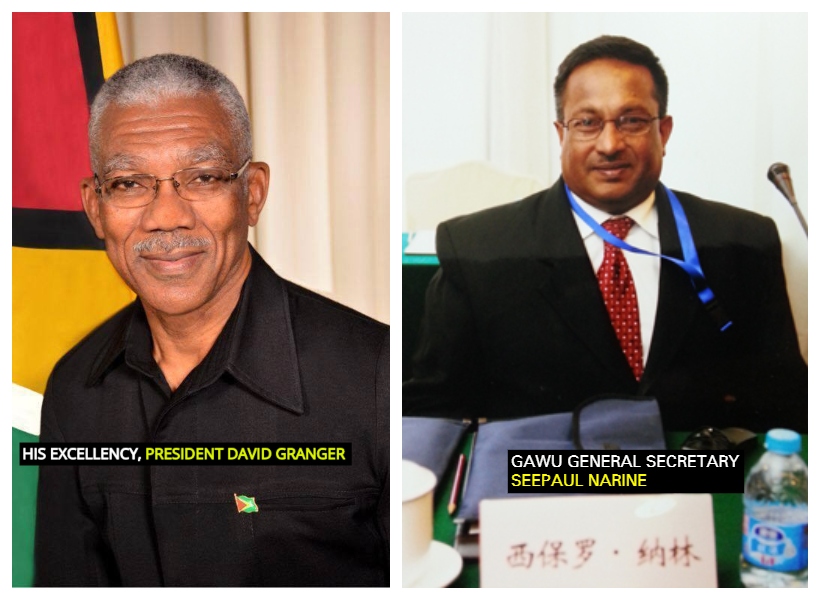 Not only has President David Granger acknowledged receipt of a petition signed by almost 3,500 sugar workers calling for increased pay, but he has also sent that request to the Guyana Sugar Corporation (GuySuCo) for advice.

This is according to the General Secretary of the Guyana Agricultural Workers Union (GAWU), Seepaul Narine, who, in an interview with the Guyana Standard today, said that he hopes some action will be taken by the administration to accede to the request of the workers. The petitioners include field and factory workers at the Albion, Blairmont and Uitvlugt Estates. The petition was submitted through the union at the beginning of last month.

GAWU had recently noted that the petition is just since workers have been working for the same rates-of-pay since 2015, though the cost-of-living has risen “significantly” in the ensuing period.

The workers, through their petition, shared that they were of the view that the Government of Guyana, as the owner of the industry, had a responsibility to ensure that they benefit from adequate compensation to maintain their standard of living and thus avoiding impoverishment, Narine said.

Asked if he has any confidence that GuySuCo will appropriately advise the President, Narine said that “one can only hope”. He added that if GuySuCo has been asked to do so, then “one would only assume that they will in the interest of the workers,”

Narine’s update on the petition comes on the heels of a recent debacle, where several GuySuCo officials opted to a walkout during an engagement with GAWU, the National Association of Agricultural, Commercial and Industrial Employees (NAACIE) and sugar workers’ representatives.

The cessation of that meeting stemmed from unions and sugar workers’ representatives donning placards during a GuySuCo official’s presentation.

The corporation said that the representatives were disruptive – a claim that Narine denies.

“We were not disruptive. We would have if we had stood up and prevented the officials from presenting. But we did not. Wearing placards does not violate any industrial relation tenets,” Narine said.

GuySuCo and the unions are set to recommence their talks soon, but that date is yet to be finalised.