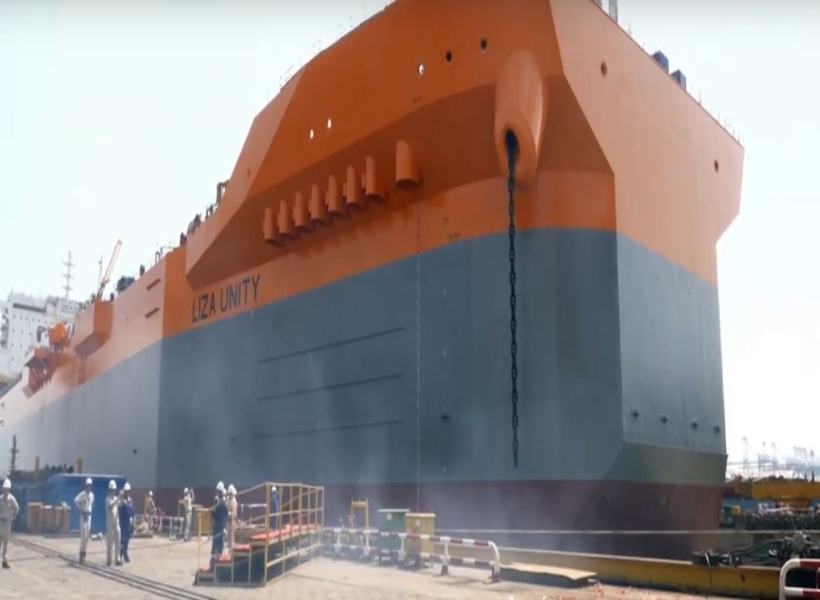 Dr. Bynoe noted during a press conference yesterday that the hull for the Liza Unity is about 85 percent complete and is being built in Shanghai.

Further to this, he noted that Topsides Fabrication are continuing at Dynamac and Keppel in Singapore while several tubing heads have been completed and are awaiting shipment to Trinidad from Brazil and then into Guyana. As for the production manifolds, Dr.Bynoe said that these are being completed in the US.

While all these developments are taking place, Dr. Bynoe is eager to get locals in the mix. As such, he said that the Operator is working with the Department of Energy to include Guyanese expertise in various stages of the Unity’s completion as per the Final Development Plan (FDB) approval.

The Liza Unity is expected to have a gross production capacity of 220,000 barrels of oil per day. First oil from this field is expected by mid-2022. Furthermore, it will have associated gas treatment capacity of 400 million cubic feet per day and water injection capacity of 250,000 barrels per day. The FPSO will be spread moored in water depth of about 1,600 meters and will be able to store around two million barrels of crude oil.