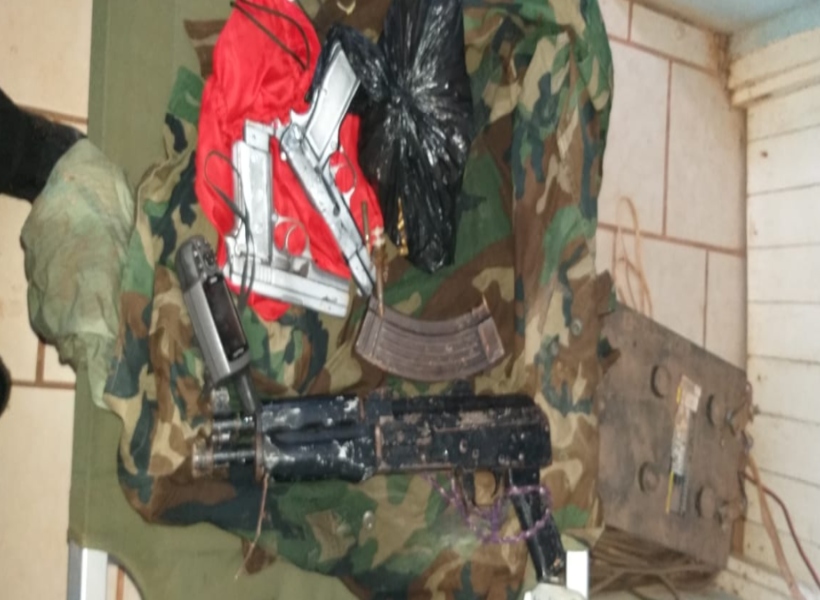 Acting on intelligence, police ranks, along with two suspects from yesterday’s robbery at the Matthew’s Ridge Airstrip, today intercepted a vehicle at Arakaka, North West District (NWD), where several containers of fuel and a quantity of raw gold were found.

The raw gold is suspected to be from yesterday’s heist when three men were robbed of a large quantity of raw gold the Airstrip allegedly by four masked men armed with a rifle and handguns.

The suspects took police investigators to a location and surrendered: two 9mm handguns with magazines; an AK47 Assault Rifle with a magazine; a quantity of ammunition; a Global Positioning System (GPS) device; and a camouflage jacket.

Based on further intelligence, a serving member of the Joint Services has been detained.