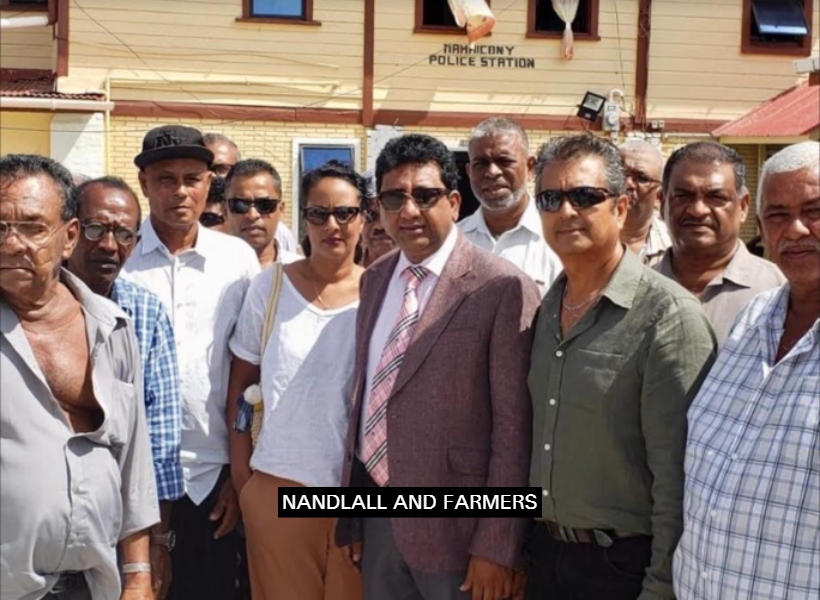 Today, the Chairman of the RAC in Region Five, Omadat Chandan overruled the legal submissions made by attorney-at-law and Opposition Member of Parliament, Anil Nandlall, in which he challenged – on behalf of the farmers – the soundness of the RAC’s establishment.

The lawyer argued that the Rice Security of Tenure Act provides that the Chairman, once not a Magistrate, must be appointed by the Minister of Agriculture upon the advice of the Judicial Service Commission (JSC) and, must possess such qualifications prescribed by the Minister and approved by the JSC.

The Chairman is not a magistrate. However, his appointment, Nandlall said, is not in keeping with the act.

Nandlall, in a missive to the media, said that Chandan produced no evidence of any interaction between the Minister and the JSC. Yet he claims that he was properly appointed.

Secondly, as it regards to bias, Nandlall claimed that the Chairman is the Corporate Secretary of the National Drainage and Irrigation Authority (NDIA), an agency that falls within the purview of the Minister and the Ministry of Agriculture. So does the Mahaica Mahaicony Abary Development Authority (MMA-DA), the agency that sued the farmers.

All of this was put in affidavit evidence and supporting photographs before the Committee, Nandlall wrote on behalf of the farmers.

The attorney surmised that the Minister of Agriculture “appoint[ed] either an employee, or an associate of his Ministry, who holds a position in an agency within his Ministry, to preside over legal proceedings filed by another agency within the same Ministry.”

“After he (RAC Chairman) overruled my submissions, I requested the Chairman to adjourn the proceedings on the ground that I will challenge his decision in the High Court. The Chairman refused to adjourn the hearing and said, “I can do what I want” and boldly proceeded to deal with the cases before him. The farmers and I immediately left the precincts of the Committee,” Nandlall said.