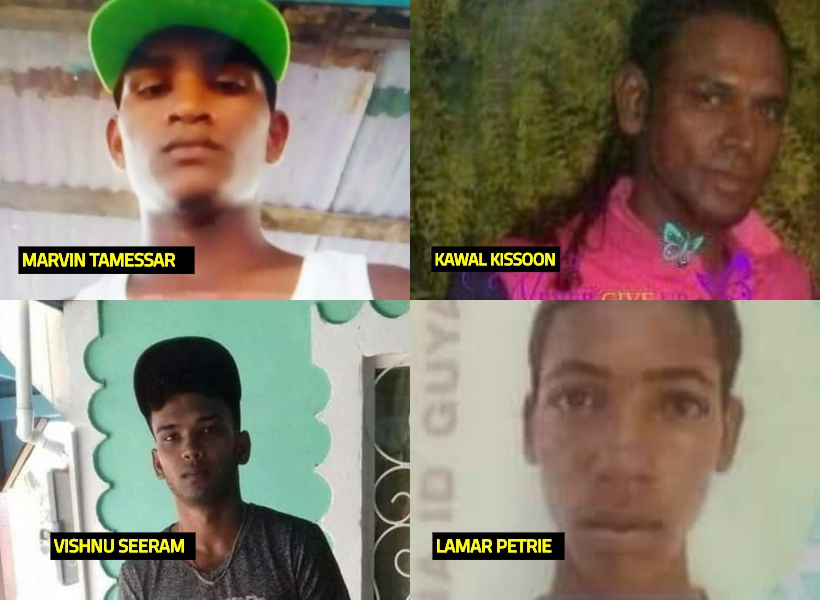 The search for the bodies of two young fishermen, who were chopped and dumped overboard during a pirate attack in the Corentyne River early last month, has officially been called off. Their relatives are however still hoping for closure in the form of retrieving the bodies.

The two missing men were part of a four-man crew when they were brutally attacked by five pirates who stole their catch and boat engine. The suspects have all confessed to murdering the fishermen and have since been charged.

This morning, a police source indicated that the search for the missing fishermen has been called off. “If we get a call that someone or something was spotted at a particular location, we will contact the coast guard and we will go out but as of now, there is no active search,” the source said.

He explained that they have combed the Corentyne River, including the areas where the bodies of the crew members, Lamar Otto Petrie and Kawal Kissoon were discovered.

Meanwhile, relatives of the missing men are hopeful that their bodies will be located and they can have a proper send-off. They said that they will not rest until then.

Shamwattie Inderjeet, the mother of Seeram, said that before her son left for the high seas, she pleaded with him not to go but he ignored her. In fact, he was indebted to his boss and wanted to settle his account.

The crew left Guyana on October 5, last for Suriname and was scheduled to return around October 19 but their abandoned boat with its engine ripped off was found a few days earlier. This resulted in a search for the missing men and the discovery of the bodies of Petrie and Kissoon.