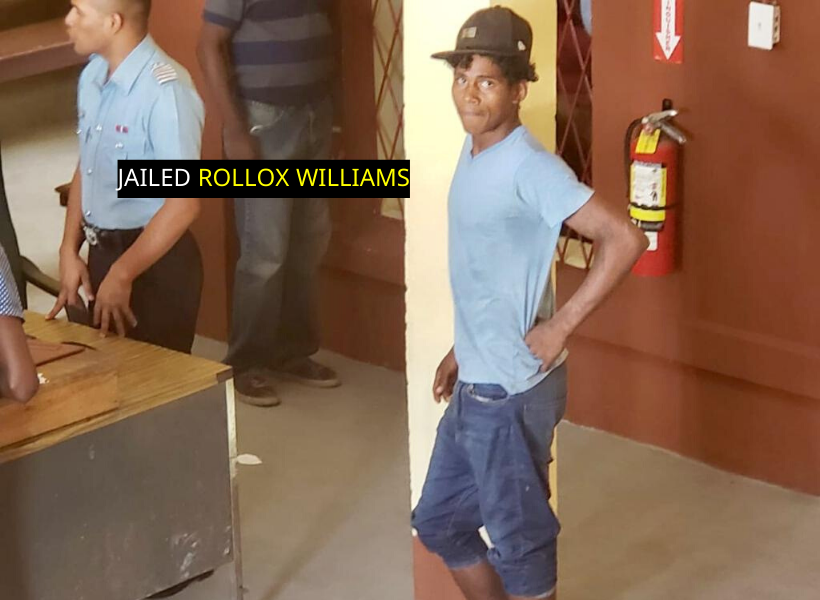 “I wanted passage to go home so I went into the man’s home. But when I reach in the house the owner was there,” were the words of a man who pleaded guilty to an intent to commit a felony charge.

Twenty-year-old Rollox Williams pleaded guilty with explanation to the charge which stated that on November 8, 2019, at John Street, Georgetown, he broke and entered into the dwelling house of William Bobb, with intent to commit a felony.

In his expansion, he stated, “Yes I did break into the man’s home but that is because I wanted passage to go home. I’m living at Eteringbang. I was just going to take the money and leave but the man caught me hiding in the toilet.”

Facts presented by Police Prosecutor Annalisa Brummell stated that on the day in question, around 10:00 hrs, the victim was sitting on his verandah when he heard a noise inside his house.

The court heard that upon checking, the victim saw Williams hiding in his toilet and he contacted the police at the Albertown Police Station.

The ranks arrived shortly after and arrested the defendant who then admitted to offence. Hence, he was taken to the station and charged.

The magistrate, after listening to the facts, sentenced Williams to nine months’ imprisonment.