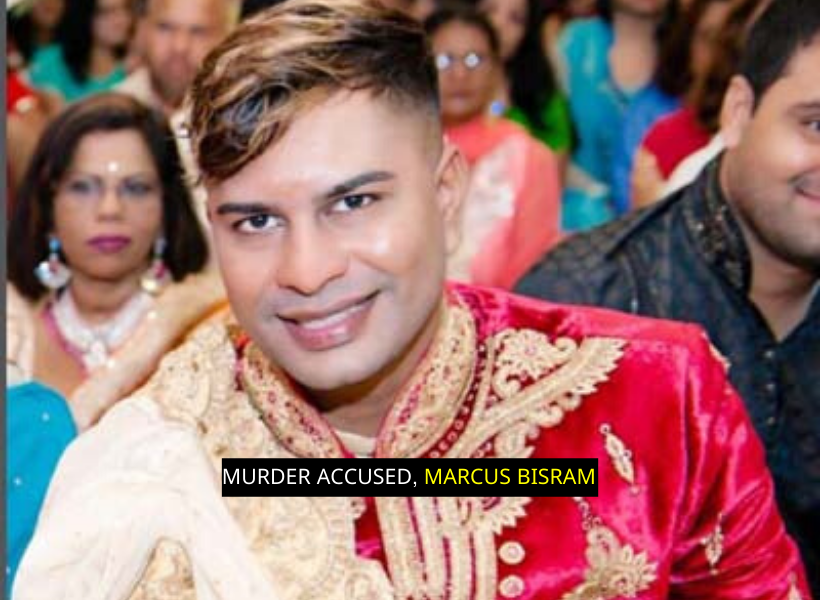 After spending the past two years fighting his extradition to Guyana from the United States of America, Marcus Brian Bisram will finally be home tonight to answer to charges relating to the murder of Berbice carpenter, Faiyaz Narinedatt.

Accompanied by two local ranks, the US-based Guyanese will arrive at the Cheddi Jagan International Airport late tonight from Miami. He will then be escorted to the Criminal Investigation Department where he will be processed.

This morning, this news agency has been informed that Bisram was released from the US detention center but he was not yet been handed over to the two local ranks. This is expected to be done late this afternoon.

Narinedatt, 26, was beaten to death by a group of Bisram’s friends when he allegedly slapped the US-based Guyanese who kissed him in the dark at a party held by the wealthy philanthropist in November 2016 at Number 72 Village, Upper Corentyne.

The carpenter’s body was then pushed into the trunk of a car, taken to the Berbice public road, dumped and run over to make it appear as if it was a hit-and-run. The gruesome killing of the father of two was reportedly ordered by Bisram, who flew to the US soon after.

It was only after the dead man’s family met with the then Crime Chief, Wendell Blanhum in Georgetown and begged for ranks from the Major Crimes Unit to intervene then a thorough investigation was done.

These men have all been charged. They are Orlando Dickie, Radesh Motie, Diodath Datt, Harri Paul Parsram, and Niran Yacoob. The accused have all identified Bisram as the mastermind in the murder. Bisram was charged in absentia in 2017.

In July 2017, he was arrested in the US where he made countless effort to fight the extradition, arguing that there is no extradition between Guyana and the US but lawyers for the US government contended that a longstanding agreement between that country and Britain which had ruled Guyana up to the 60s, was still valid.

After numerous failed attempts, Bisram will finally be home for Christmas!