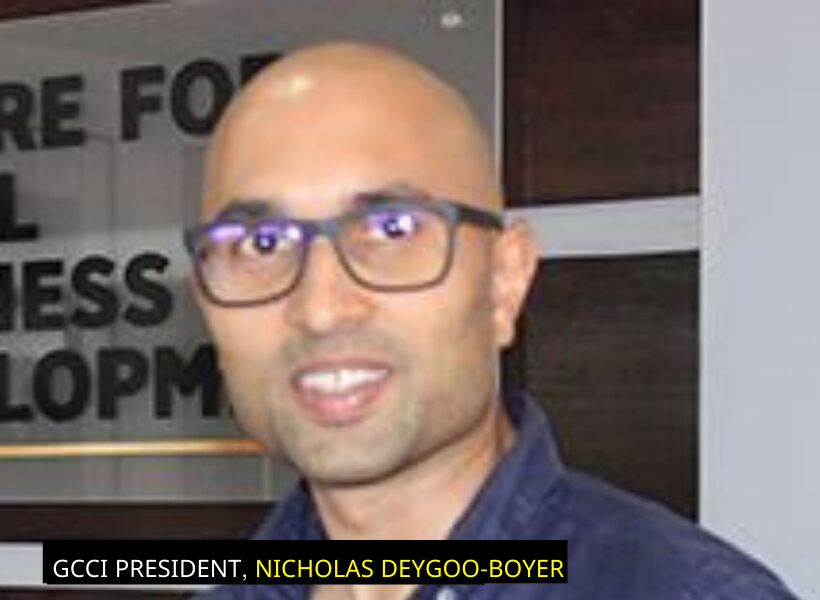 President of the Georgetown Chamber of Commerce and Industry (GCCI), Nicholas Deygoo-Boyer, is of the belief that the implementation of the Local Content Policy (LCP) will bring about certainty when it comes to investors hoping to tap into Guyana’s developing oil and gas sector.

He made his position known during his presentation at the second annual Guyana International Petroleum Business Summit and Exhibition (GIPEX) being held at the Marriott Hotel in Georgetown.

His comments followed along the lines of how disadvantageous the lack of this policy can be for foreign investors.

He said that all the recent discussions in Guyana are related to the oil and gas sector, and the services that will be provided to support that industry. Deygoo-Boyer said that this reality warrants the need for local content to be included in every discussion at every level of the services sector.

The businessman told the attendees that “psychologically”, the policy needs to be implemented before first-oil. He further stated that the back-and-forth in the media regarding investment in Guyana’s new sector can leave some doubts in the minds of investors.

The businessman said that having the LCP implemented will eliminate the uncertainty surrounding the roles and responsibilities that both local and foreign companies should adopt as the nation moves to first oil.

“The bridge between these ideas…[which] will take you from this sort of negative feeling when you open headlines to a place where you say, I feel comfortable that I want to put capital in here – is a local content policy. Because you, as an investor, operators [and] contractors, have an understanding of what the rules of the game will be. So then, you know this section will be carved up for locals, or the tendering process is going to be this way, so when I look at contracts, I know that contract executive and management must go along these rules and methodologies – Certainty cannot be discounted,” Degoo-Boyer said.

He noted too that the policy will allow locals to get opportunities to enhance their expertise in the sector, as the guideline will force companies to become standardized and internationally-competitive.

The GCCI President’s comments are in stark contrast to those made by a former Trinidad Diplomat, Dr. Neil Parsan, who was a panelist during yesterday’s session.

The former ambassador posited that the crafting of the LCP is a process that takes time. He added that for most countries that are blessed with a finite natural resource, they tend to “build the plane as it flies”.