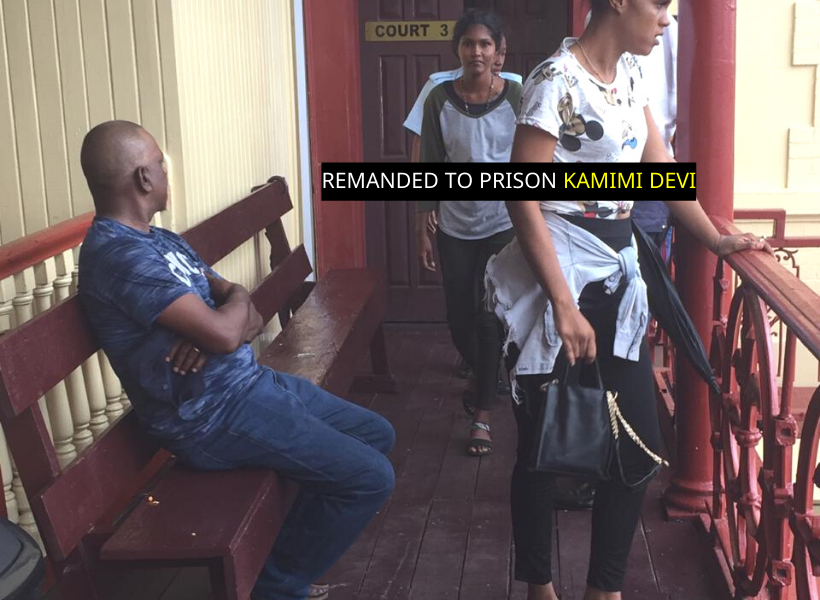 A 24-year-old mother of two was moments ago remanded to prison for trafficking over 10 pounds of marijuana.

Devi denied the charge which stated that on November 24, 2019, at First Avenue, Bartica, she had in her possession 4544 grams of marijuana for the purpose of trafficking.

The woman was represented by Attorney-at-law Stanley Moore who asked that his client be released on reasonable bail citing that she is a single parent.

The lawyer further stressed that his client has no knowledge of the drugs.

However, facts presented by the court’s prosecutor stated that on the day in question, around 12:50hrs, ranks at Bartica were on patrol duty at the Bartica Ferry Stelling.

The court heard the woman was exiting the boat when a passenger told her to pick up a box that was in her possession.

However, the defendant denied owning the box and she and the passenger had an exchange of words.

The police then intervened and the woman was arrested. She along with the box was taken to the station.

While at the station, the box was opened and a quantity of leaves, seeds, and stems suspected to be narcotics was unearthed. Hence, the present charge.

The prosecutor objected to bail being granted to the defendant on the grounds of the prevalence of the offence and the penalty the charge attracts.

Hence, the Magistrate remanded the mother of two to prison until November 28 when she will appear before Chief Magistrate Ann McLennan for reassignment.