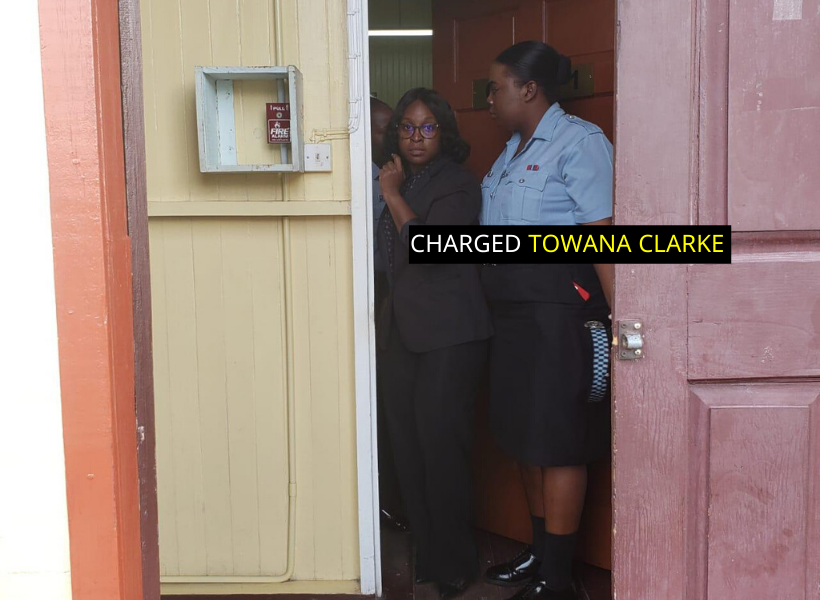 A corporate secretary attached to the National Agricultural Research and Extension Institute (NAREI) was moments ago charged with causing the death of a policeman in a road accident.

Clarke pleaded not guilty to the charge which stated that on November 25, 2019, at Brickdam Public Road, Georgetown, she drove motor car PMM 2528 in a manner dangerous to the public thereby causing the death of Carl Roach, a police rank.

The woman was represented by Attorney-at-law Dexter Todd who asked that his client be released on reasonable bail. The lawyer told the court that his client has never been charged before and has fully cooperated with police investigations.

Facts presented by Police Prosecutor, Neville Jeffers stated that on the day in question, at 03:30 hrs Clarke, who was the driver of motor car PMM 2528, was proceeding east along the northern side of the Brickdam Public Road.

The court heard that as the woman approached Chalmers Place, she turned south without stopping thereby colliding with Roach who was on motorcycle CH 9436 which was proceeding west along the southern side.

The Prosecutor added the rider was flung 150 feet from the point of impact an unto the road. The motorcyclist received multiple injuries and was pronounced dead.

An investigation was then carried out Clarke was arrested and charged for the offence. The prosecutor objected to bail being granted to the defendant on the grounds of the serious nature of the allegation and the fact that a life was lost.

However, the Magistrate, after listening to the facts, released the woman on $700,000 bail.

Condition of the bail is that she reports every Friday to the Alberttown Police Station until the hearing and determination of the trial.

The Magistrate also suspended her driver’s license until the determination of a trial. She was instructed to make her next court appearance on December 16.