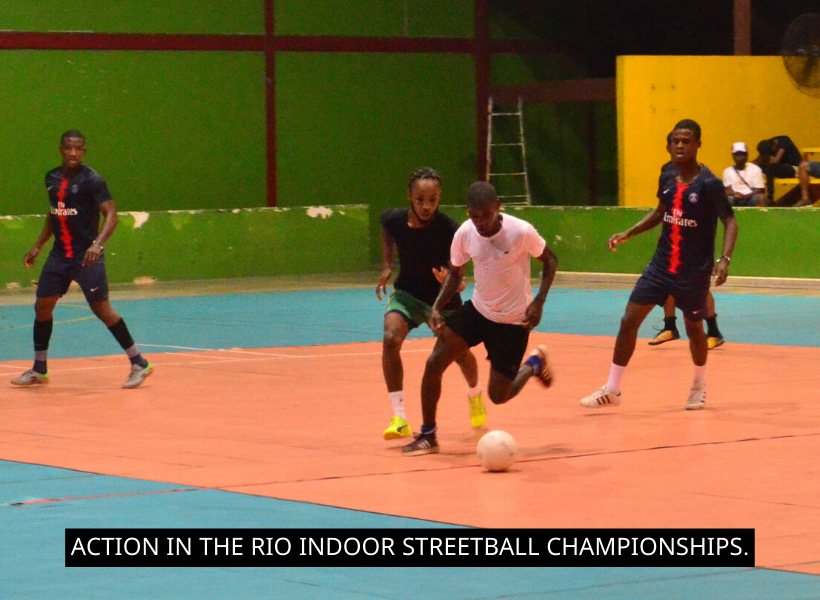 Following a thrilling night of elimination matches, the likes of Sparta Boss, Bent Street, Rio All-Stars, Gold is Money, Back Circle and Leopold Street advanced to the quarter-final stage on Saturday night in the inaugural Rio Indoor Streetball Championship.

Newcomer Rio All-Stars mauled Tiger Bay 5-0. Doubles from Cecil Jackman in the third and 15th minute and Kelsey Benjamin in the fourth and 17th minute led the rout. Adding a goal in the 12th minute was Job Caesar.

Likewise, Back Circle cruised past Broad Street 4-1. Trayon Bobb scored a hat trick in the second, fourth and eighth minute while Jermaine Beckles netted in the seventh minute.

In other results, BV squeaked Showstoppers 3-2. Shemar Fraser scored in the eighth and 14th minute while Jemar Harrigon netted in the 26th minute. For the loser, Stephon Jupiter scored in the fourth and ninth minute.

For the loser, Simon Emmanuel netted in the 14th minute. The aforesaid winners will now advance to the quarterfinal round at the same venue on December 7th.