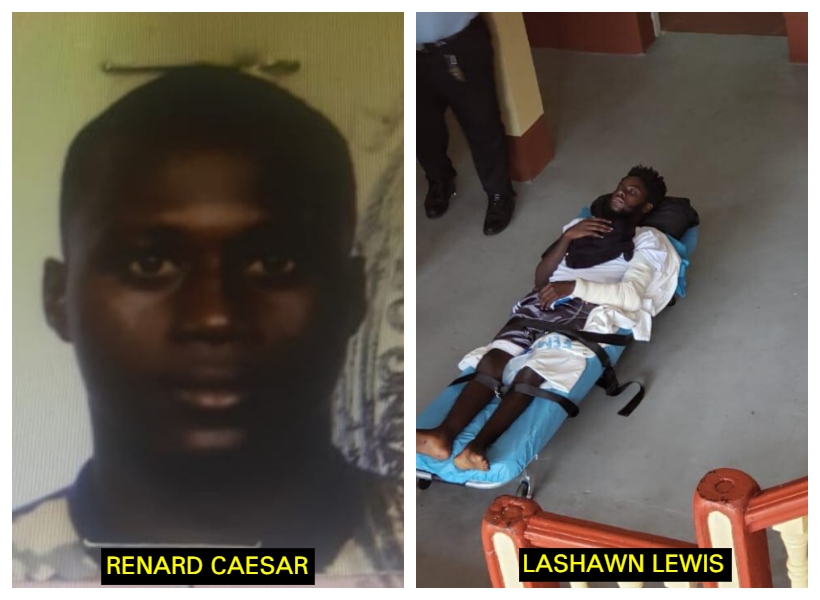 Chief Magistrate Ann McLennan today released two alleged members of the ‘mob gang’ on $500,000 bail each. This is in relation to the matter where 23-year-old Renard Caesar and 22-year-old Lashawn Lewis both of Linden are charged for attempting to kill ex-cop, Teon ‘Spoil Child’ Allen at the La Penitence Market.

The men were not required to plead to the indictable charge which stated that both of them, while being in the company of others, on October 5, 2019, at La Penitence Market, with intent to commit murder, they discharged rounds at Allen.

Today, when the matter was called in the courtroom of Chief Magistrate Ann McLennan, lawyer, Gordon Gilhuys renewed a bail application on his clients’ behalf and they were granted $500,000 bail each. Condition of the bail is that they report to the Major Crimes Unit at the Criminal Investigation Department (CID) every week. The Magistrate also imposed a curfew on the defendants stating that they are not allowed to be seen outdoors from 18:00 hrs to 07:00 hrs. Meanwhile, Prosecutor Neville Jeffers indicated to the court that they are ready to proceed with the Preliminary Inquiry. However, the matter was adjourned until January 6, 2020.

According to information, on the day in question, Allen was at the market purchasing vegetables when the defendant and two others exited a car and started shooting in his direction.

It was reported that Allen ran for his life and when he reached a distance, he turned around and returned fire—injuring Lewis. The men then made good their escape.

The matter was reported, and following an investigation, they were charged for the offence.