Home News Over 100 lives lost due to traffic accidents for the year so... 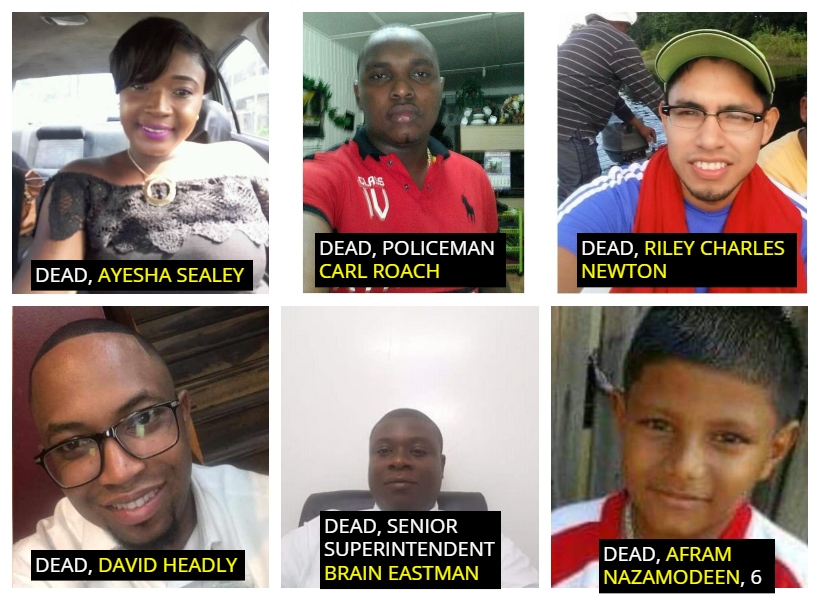 One hundred and fourteen persons, nine of whom were children, were killed in 97 road accidents so far this year with 21deaths recorded in November alone.

These figures were made public by President David Granger earlier today.

“The deaths, disabilities and injuries and damage to property caused by accidents on our roads are deeply distressing. I extend the sympathy of my Cabinet and Government to the relatives, families and friends of those who have been killed or injured as a result of road accidents. I wish the survivors a speedy recovery,” the President in a statement to the media noted.

President Granger said that road accidents represent a threat to human safety and that every accident is one too many; every death is too great a loss that Guyana simply cannot afford.

“The record is grave,” the president said, while noting that three out of five fatalities are young persons between the ages of 16 and 42 years.

He reported that of the 21 persons that lost their lives in November, three were children. There were 15 road accidents in that month alone.

“This insane increase in road fatalities has been caused, mainly, by persons driving at excessive speeds; driving under the influence of alcohol; driving without due care and attention (or inattentiveness) and driving on roads which are congested or unsafe for other road users, particularly pedestrians, thirty of whom were killed,” the Head of State said.

The President urged that all road-users observe the Guyana Police Force’s code of behaviour – care, caution, consideration, common sense and courtesy – as they drive on our roadways.

“I am confident that the Government, Police Force, non-governmental organisations – such as Regional Road Safety Associations – and civil society could combine their efforts to make road use safe for everyone.”