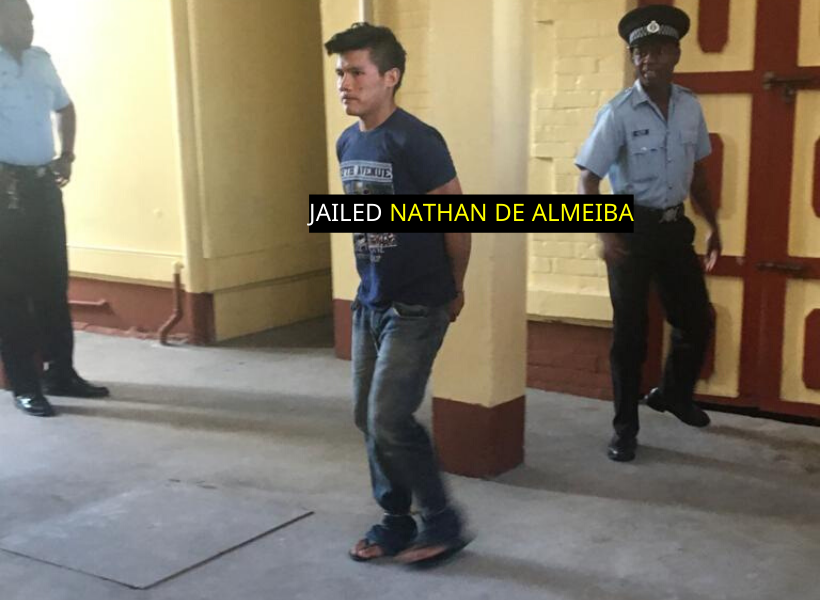 A Brazilian teen, who told the court he came over to Guyana to attend a party was sentenced to three months behind bars for trafficking marijuana.

Nineteen-year-old Nathan De Almeiba pleaded guilty to the charge which stated that on November 30, 2019, at Karasabi Village, South Pakaraimas, Rupununi, he had in his possession 66.2 grams of marijuana for the purpose of trafficking.

Facts presented by Police Prosecutor Gordon Mansfields stated that on the day in question, at around 08:05hrs, the defendant was arrested by the Karasabi Toshao on an allegation of murder in Brazil.

The court heard that the Toshao contacted the police and handed him over. However, when the ranks carried out a search on his person, a quantity of leaves, seeds and stems suspected to be narcotics were found in his underwear.

He was subsequently charged. The Magistrate, after listening to the facts, asked the defendant why he was in Guyana and through the aid of an interpreter he said,” I was going to a party.”

The Magistrate then sentenced him to three months behind bars and fined him $99,000.
Upon completion of serving his time, he will be escorted to the nearest port of exit and deported to Brazil.