With the increased demand for land in Region Four (Demerara/Mahaica), the Guyana Lands and Surveys Commission (GL&SC) is considering the opening of public lands for residential, commercial and light industrial purposes. This was revealed today by the agency’s head, Trevor Benn, during the commission’s year-end news conference hosted at Hadfield Street, Durban Backlands. 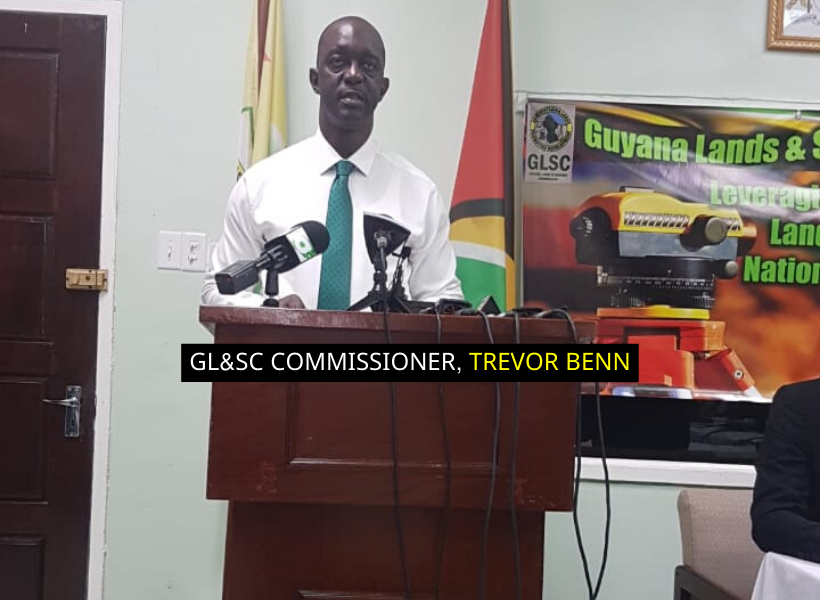 This increased call has forced the commission to bring this issue to the fore for serious consideration, Benn said. His revelation comes against the backdrop of the approximate 25,000 pending houselot applications and an expanding oil and gas sector.

“Consultations began and are ongoing with a number of key stakeholders including government agencies. The establishment of a committee to oversee planning and development of this area has been proposed, and a total of approximately 6,000 acres of public lands in Region Four is under consideration to be opened for development with plans aimed primarily at an initial 3,000 acres,” Benn told the media at the GL&SC office.

While recognising the potential of such a move, Benn also spoke about the challenges that will accompany such an endeavour. He told the Guyana Standard that the lack of supporting infrastructure in the proposed area poses some concern, especially when it comes to the timely provision of developed domains. Further compounding the situation, Benn forewarned, is that no new lands were opened in the country since the 1980s.

“In terms of infrastructure, there is none. And this is why it is taking us so long. We have not opened new lands in this country since the 1980s… Since then, what we’ve been doing over the years is: land given to you, we take it back if you don’t properly occupy it and [we] give it [someone else]. So, it’s an exchange since the 1980s,” he said.

Benn could not say where in the region these lands will be made available.
“Because there is no infrastructure, I can’t tell you where it is. Because if I tell you, we’re going to have a squatter village and we can’t afford that at this time,” he said.

He noted that the GL&SC and other government agencies have started the design of this area – which he said will reflect “a modern 21st Century community”.

“We want to have a community that we don’t have to go back to in 10 years to build new roads,” the official said, while emphasising that the agencies will be looking to incorporated bigger land space, greenspaces, parks and recreational areas, into this “modern” area.

The commission and its partners are also working out the cost for such an endeavour, and its sourcing.