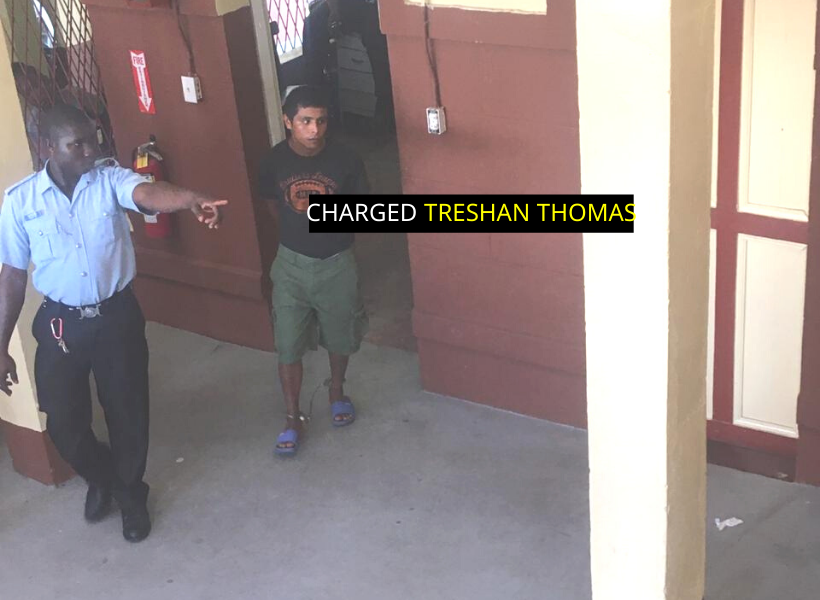 A 21-year-old man, who allegedly dealt his cousin several stabs about his body after a misunderstanding, was today charged with attempted murder.

It is alleged that on December 2, 2019, at Baramita, North West District, with intent to commit murder, he wounded Kevon David.
The unrepresented man was not required to plead to the indictable charge after it was read to him.

Facts presented by Police Prosecutor Gordon Mansfield stated that on the day in question, the men were at a camp when they had a misunderstanding.

The court heard that Thomas pulled out a knife from his waist and dealt his cousin several stabs to his left arm and upper abdomen.

The matter was then reported and Thomas was arrested and charged for the offence.

While the prosecution did not object to bail being granted to the defendant, he asked that conditions be applied, citing that the victim’s injuries are life threatening and will cause permanent disability.

The Magistrate, after listening to the facts, released the defendant on $150,000 bail.

Condition of the bail is that he reports to the Matthews Ridge Police Station every Friday until the hearing and determination of the Preliminary Inquiry (PI).

He was instructed to make his next court appearance on February 4, 2020, at the Matthews Ridge Magistrate’s Courts.