Home News Infrastructure All major roads in Essequibo to be paved in 18 months –... 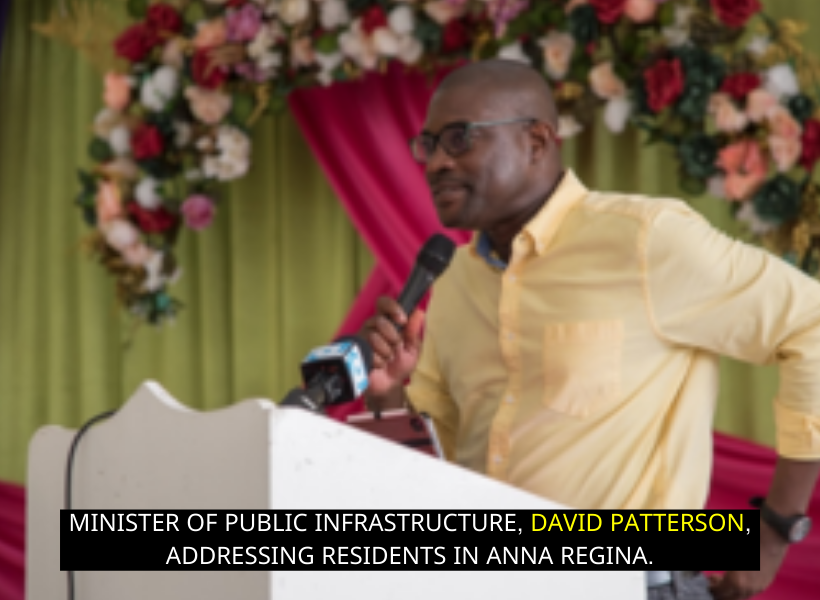 The government has committed to ensuring that all major roads on the Essequibo Coast are fully paved in 18 months.

This was disclosed by Minister of Public Infrastructure, David Patterson during a recent community meeting.

“We have a plan to ensure that all the roads in the region should be paved and asphalted with asphalting concrete… That will be done by us bringing an asphalt plant in Region Number Two in February or the first quarter of 2020,” Patterson stated.

The ministry is currently paving some 10 roads in the township of Anna Regina, and several more in the outlying areas.
“We can actually double that number with your own asphalt plant here in region two,” Min. Patterson noted.

He also reiterated the government’s plan for a fully lit Essequibo Coast and explained that as of December 9, teams will begin filling in the gaps.

“We’ve already started the planning for the procurement of another 1.8 megawatts generator for Anna Regina, and we will continue adding annually as your demand increases.”

The minister urged residents to be on the lookout for vandals and persons intent on sabotaging the government’s work in the region.

“You have to be vigilant and inform the authorities of incidents or possible incidents,” he declared.

He also mentioned works to upgrade the Supenaam and Parika stellings will begin soon. (Extracted and Modified from the Department of Public Information)