A couple, who allegedly dragged their neighbour from his apartment before stabbing him with kitchen knives, will be spending Christmas behind bars after being charged and remanded to prison for the offence. 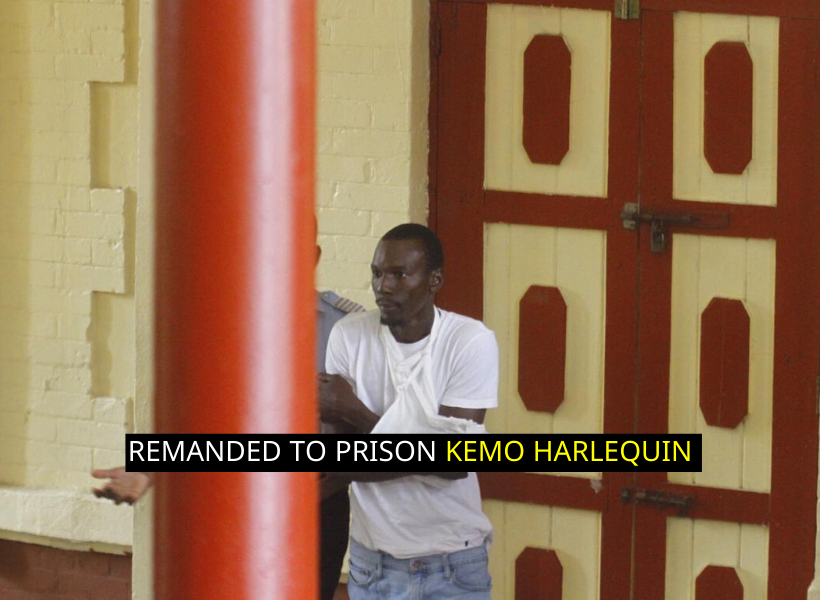 They were not required to plead to the indictable charge which stated that both of them on December 10,2019, at Durban Backlands, Georgetown, they unlawfully and maliciously wounded Jermaine Sampson with intent to maim, disable, disfigure or cause grievous bodily harm.

The couple was represented by Attorney-at-law, Paul Fung-a-fat who asked that his clients be released on reasonable bail citing that they love their neighbour.

Police Prosecutor, Gordon Mansfield told the court that all three persons are known to each other since they live in the same compound.

Facts presented by the prosecutor, stated that on day in question, Harlequin and the victim had a misunderstanding and Bobb intervened.

The court heard that the couple went into the victim’s home and hurled glass bottles at him. They then dragged him down the steps and into the yard before stabbing him about his body with kitchen knives.

The matter was then reported and the couple was arrested and charged for the offence.

The Prosecutor objected to bail being granted to the couple on the grounds of the serious nature of the allegation and the fact that the victim is still hospitalized in a critical condition.

The Magistrate, after listening to the facts, remanded the couple to prison until January 2,2020.