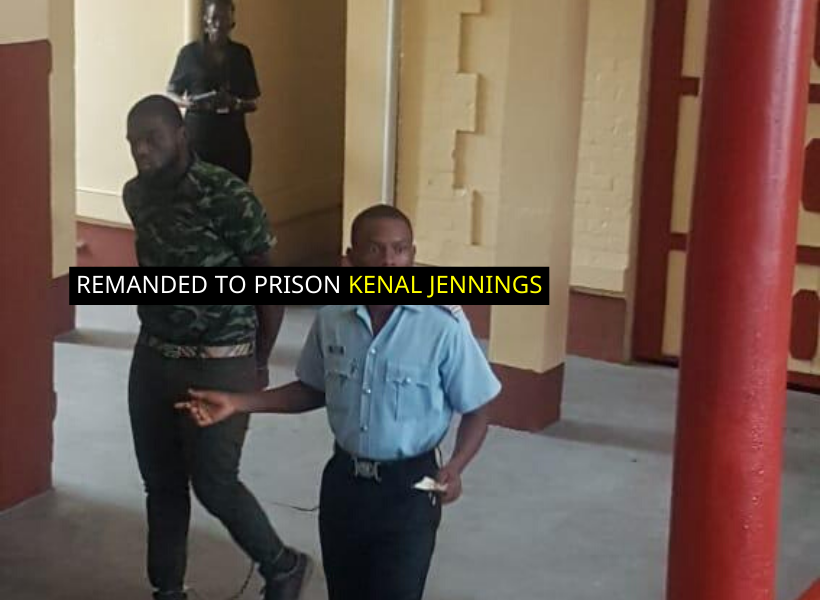 A 22-year-old Disc jockey (Dj) of Linden, who is accused of hitting a man several times to his face, resulting in a broken jaw and several missing teeth, was today remanded to prison for the offence.

The unrepresented man was not required to plead to the indictable charge which stated that on December 8,2019, at Four Corner, Wismar, Linden, he unlawfully and maliciously inflicted grievous bodily harm on Devon Anthony Williams.

Facts presented by the court prosecutor stated that on the day in question, the victim and his friends were at the Four Corner consuming alcohol when he and the defendant had an exchange of words.

The court heard that the defendant became annoyed and took out a firearm from his waist and dealt the victim several lashes to his face, causing severe injuries.

The injured man was picked up in an unconscious state and rushed to the Linden Hospital Complex where he was treated before being referred to the Georgetown Public Hospital Corporation (GPHC) where he remains a patient.

The defendant then made good his escape and was only recently arrested and charged for the offence.

The Prosecutor objected to bail being granted to the defendant on the grounds of the serious nature of the offence and the penalty the charge attracts.
The prosecutor also highlighted the fact that the firearm was not recovered and the victim is still hospitalized.

The Magistrate, after listening to the facts, remanded Jennings to prison until December 30,2019 when he will appear in the Linden Magistrate’s Courts.