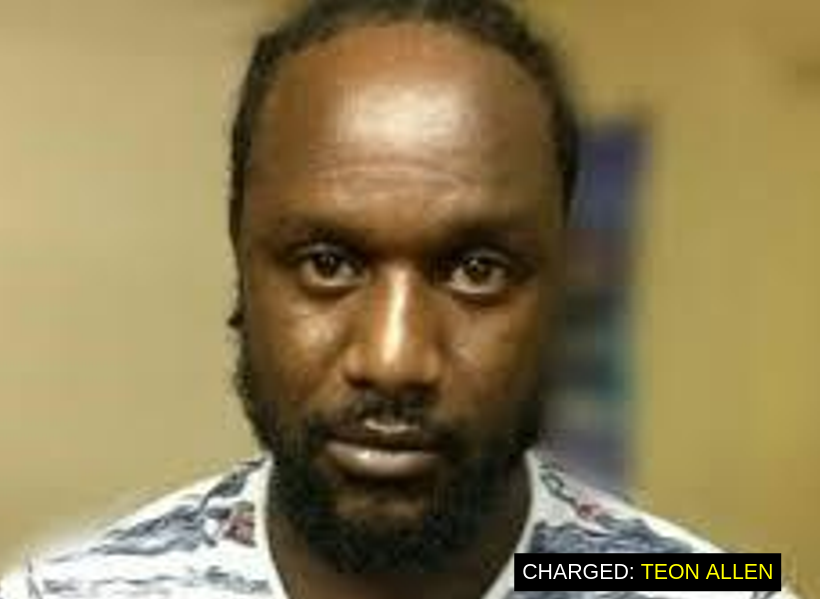 Ex-cop and suspected gang leader, Teon Allen called “Spoil Child” was moments ago charged with discharging a loaded firearm at an inspector and illegal arms and ammunition charges.

The first charge stated that on November 26, 2019 at Houston East Bank Demerara, he had in his possession a 9MM pistol when he was not a holder of a firearm license.

It was further alleged that on the same day and at the same location, he had in his possession 16 matching rounds and seven .45 ammunition when he was not the holder of a firearm license.

The last charge stated that on the same day, he discharged a loaded firearm at Inspector Mohan. Allen denied all the charges after they were read to him by the Magistrate.

Allen was represented by Attorney-at-law Siand Dhurjon who asked that his client be released on reasonable bail. He was released on $240,000 bail and instructed to make his next court appearance on January 8, 2020.

According to information, on the day in question, ranks, acting on information, were chasing the car Allen was driving when he (Allen) allegedly lost control of the vehicle and crashed into a fence at Houston, East Bank Demerara (EBD).

It was at this point that Allen reportedly exited the vehicle and pointed a gun at the lawmen. He was then shot.

Police ranks reportedly received information that three men were heading to Georgetown in a car with illegal guns.

When ranks managed to catch up with the car, Allen tried to escape but crashed. All three men were eventually arrested.

Allen has several matters before the court and he is said to be in an ongoing war with members from another gang, which is being headed by a Lindener, hiding out in Cayanne.

On September last, Allen’s cousin, Eon Williams was gunned down in Linden. His girlfriend was injured. The attackers are said to be members of Allen’s rival gang.

It is suspected that Williams’ death was in retaliation to Allen allegedly shooting at the home of the Cayenne gang leader’s mother.
Less than a month after Williams was killed, three gunmen attempted to shoot Allen at the La Penitence market but one of the shooters was eventually injured when Allen returned fire.