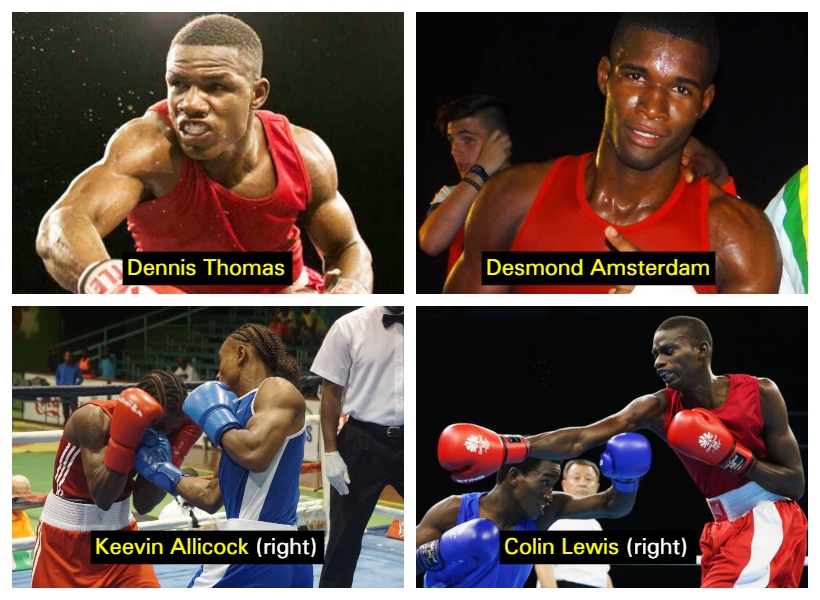 The four young pugilists, who are all Caribbean Boxing champions, are currently attempting to qualify for the 2020 Olympics which will be hosted in Tokyo; the last time a Guyanese boxer qualified for the Olympics was in 1996.

The $1M contribution from the NSC will go towards assisting the boxers to attend a training stint in Cuba early in 2020.

President of the Guyana Boxing Association (GBA), Steve Ninvalle, said that the training sessions in the Spanish-speaking Caribbean Island would help the boxers to be as ‘ready as possible’ for the Olympic Qualifiers, which is slated for March 26 to April 3, 2020, in Argentina.

The boxers are to be accompanied by national coaches Terrence Poole (MS) and Sebert Blake for three months in Cuba.

The overall cost for the much-needed training sojourn is approximately US$30 000 (over G$6.2M).

NSC’s Director of Sport, Christopher Jones, who handed over the cheque for $1M, noted that either in January or February a second cheque would be given to the association to go towards assisting the Olympic hopefuls.

In addition to the NSC’s contribution of $2.5M, the Guyana Olympic Association (GOA) has also promised assistance of their own.

The country’s lone Olympic medal (a bronze), was won by Michael Parris at the Moscow Olympics in 1980.