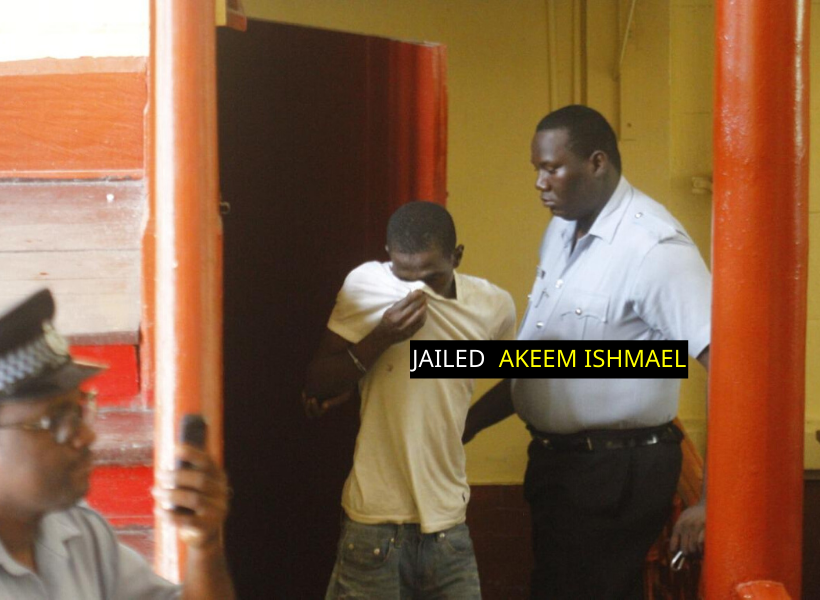 “Happy New Year in prison,” were the words of Principal Magistrate Faith McGusty to a man who admitted that he attempted to rob a Christmas shopper earlier this week.

An unrepresented Akeem Ishmael pleaded guilty with explanation to the charge which stated that on December 23, 2019, while being armed with a knife, he attempted to rob Jose Tamblante.

In his explanation to the court, he stated, “I have a one year old daughter. I does only get pay $15,000 and the money finish. The frustration of getting stuff for my daughter made me do it cause her mother don’t work.”

The man who pleaded with the court added, “I was walking and I saw the man so I tried to push my hand in his pocket. We got into a scuffle then the police come and collect me.”

Facts presented by Police Prosecutor Sanj Singh stated that on the day in question, the victim was in town doing Christmas shopping.

It was while making his way to the bus park he felt a hand in his back pocket. The court heard that the victim held on to the defendant and the two of them got into a scuffle.

The defendant, in a bid to escape pulled out a knife from his pocket but the victim held unto the knife and wrestled him down to the ground. Shorty after, police on patrol arrived and arrested the defendant.

Ishmael, upon hearing what the prosecutor stated said, “I didn’t even get to take anything me hand get bruise up during the fight. Please take it easy on me for the sake of my daughter and just now is New Year.”

The Prosecutor then highlighted the fact that the defendant was previously charged for a similar offense and had compensated the victim.

The Magistrate, after listening to both sides, told the court that frustration does not give anyone the right to steal from people. She added that if one is not earning from one job, they should seek a next job.

She then sentenced Ishmael to two years in prison after wishing him a Happy New Year.