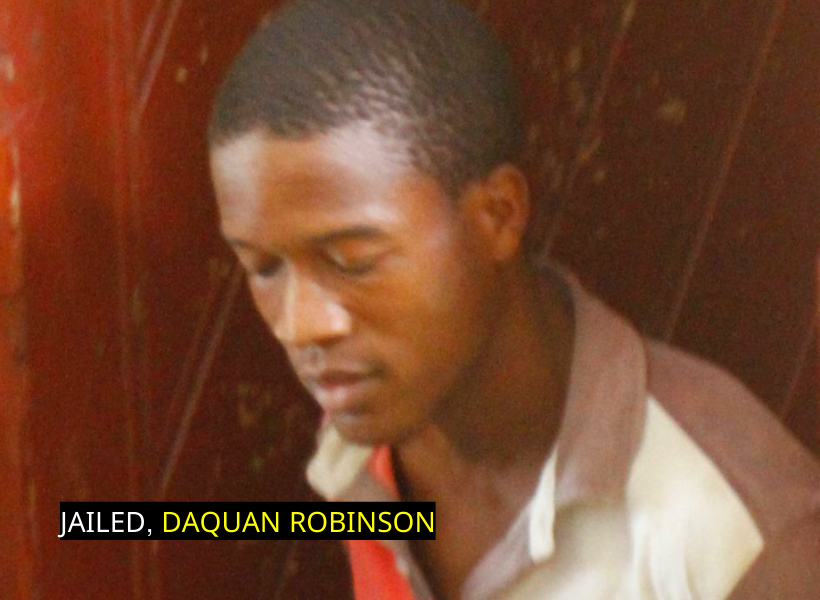 A man, who told the court he purchased a fake gun and went around robbing persons, was moments ago sentenced to two years for the offence.

Twenty-one-year-old Daquan Robinson who pretended to be a member of the Guyana Police Force (GPF) was sentenced by
Principal Magistrate, Sherdel Isaacs-Marcus in the Georgetown Magistrates’ Courts.

It is alleged that on December 8, 2019, at Merriman’s Mall, Bourda, while being armed with a gun, he robbed Gary Hartman of a quantity of articles valuing $43,000.

Robinson, in addressing the court stated,” On the day I was very hungry so I went about telling people that I am a police officer. I requested to carry out searches on them and I pointed the fake gun at him and took away his articles.”

However, facts presented by Police Prosecutor Goodman stated on the day in question, Hartman was in the Merriman’s Mall walking with his haversack which contained documents.

The court heard that Robinson approached the victim and told him he was a policeman on duty.

Robinson then requested to carry out a search on the victim and the victim asked him to produce his police badge.

It was then that Robinson pointed the fake gun at him and relieved him of his haversack.

The court heard that the defendant then told the victim to run or he would shoot him.

The matter was then reported to the station.
The Magistrate, after listening to the facts, sentenced Robinson to two years behind bars.